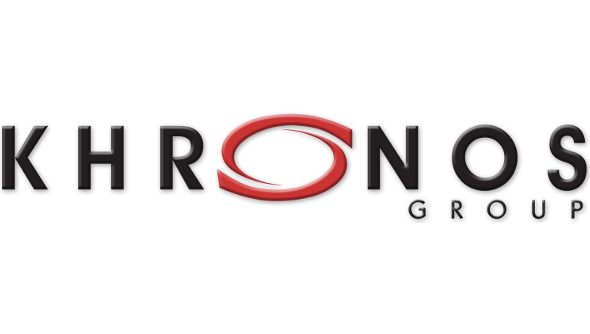 The past decade has seen advances in graphics cards outstrip processors and it’s caused no end of trouble for developers. The cards at their fingertips are capable of so much but they can’t get the processors to exploit that potential.

glNext is a graphics API being developed in collaboration with the likes of Valve, Epic Games, EA, Blizzard, Nvidia, AMD, and Unity. It could well also be at the centre of Valve’s Source Engine 2.

With the technical beans ready to be spilled at GDC next week at a talk called ‘The Future of High Performance Graphics’, we thought now was the time to talk about glNext and the problems it hopes to solve.

For years graphics APIs (application program interface – software that lets different bits of hardware talk to each other) on PC have been ‘high level’, built to work across the spread of components that could potentially be in your PC. They’ve had to sacrifice power to be useful to as many systems as possible.

This is where consoles have had the advantage: because the innards of consoles are fixed Microsoft, Sony, and Nintendo have made ‘low level’ APIs built specifically to take advantage of the components in the system. This level of fine control’s allowed developers to eek out every last bit of power from the hardware over the lifespan of a system. It’s why towards the end of a console’s life cycle the games’ graphics are never that much worse than what’s available on PC, despite the high-end PC technology being technically more powerful.

There’s been a change in recent years: CPU and GPU architecture no longer varies that wildly between manufacturers. APIs no longer need to be as generalist.

This is why we’ve seen Microsoft, AMD, and Apple all announce development of low level graphics APIs, interfaces that give developers much greater control over how GPUs and CPUs interact and behave. Direct3D 12, Mantle, and Metal will all lead to much better looking games that make lower demands on your processor.

However, Direct3D 12 is locked to Windows machines, Metal to Apple devices, and you’ll need AMD technology to make use of Mantle.

glNext is a cross platform, low graphics level API. That makes it useful for game developers targeting a range of devices.

Khronos Group are best known for OpenGL, an API that’s been around for more than 22 years. OpenGL allows developers code their engines to work on Windows, Linux, and MacOS systems. Valve have made a point of porting Left 4 Dead and Dota to OpenGL from Direct3D to show the potential for the API. However, because of its age, it’s become clunky, processor intensive, and due for a reboot.

glNext is a complete rewrite of OpenGL to work at a low level while maintaining its open platform nature. Developers will gain explicit control of hardware – giving them the ability to instruct different processor cores to handle separate graphics calculations – whether their game is running on Windows, Mac, or Linux.

You can tell the potential of glNext from the people who are lending a hand in its development. You’ve engine developers like EA, Epic, and Valve pitching in – a good sign it will be integrated into future releases, making cross platform development significantly easier for developers.

Both AMD and Nvidia are helping out, too. If glNext succeeds it would mean developers could finally take full advantage of their GPUs. It would also be great for mobile devices because they’d not only be able to produce better looking graphics but the processes would use less power.

Oculus is also invested in glNext, hoping to benefit from the improved framerates glNext could provide. Higher framerates means lower latency, which is vital to creating a sense of presence in virtual reality.

glNext is likely still a long way from release. Khronos only announced its existence back in August and, with so many developers taking part, the process will take longer than if it were a single studio. However, next week Valve are leading a panel at GDC where Epic, EA, Unity, and Oxide Games will share what they’ve managed to achieve so far.