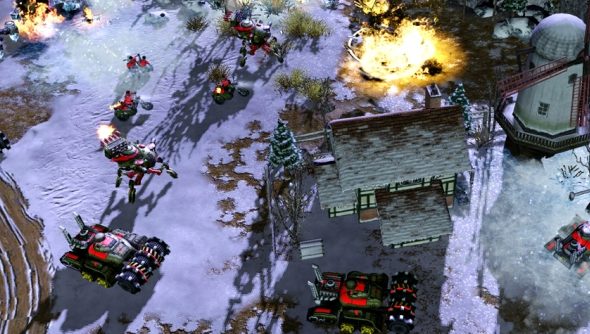 It began with a tweet. Paul Barnett, creative director for Bioware, wrote “Very excited, we have GOG love incoming… It’s only taken us forever to get to this point, go go ultra resilience and being bloody minded!” Which, presumably, means some old EA or BioWare titles are dropping into the uber retro games service. But which ones?

We reached out to GOG to ask if they knew anything about the deal. Our first guess was that it would be some classic BioWare titles, given Barnett’s employment there. “I would be happy to answer your question, that is, if I could,” said GOG’s Trevor Longino. “I’m not aware of anything going on with BioWare, but I’m also not the guy who negotiates our business deals.”
BioWare also commented, saying, “We have nothing to announce at this time.” Which could be PR-speak for, “We will be announcing something in the near future.” Or it could literally mean, “We have nothing to announce at this time.”
So let’s assume BioWare’s back catalogue isn’t arriving on GOG. We asked GOG if any old EA games could be coming to GOG. Longino said, “I can’t really comment on upcoming releases; it spoils all the fun.” Jackpot!
So we’ve narrowed it down to EA’s releases. Problem is, EA have released 980 games since 1982. But we can still take an educated guess at which ones might be appearing on the service. GOG takes pride in releasing much-loved and discussed PC franchises, so it’s not likely that we’ll see Motely Crüe’s Mega Drive pinball classic Crüe Ball on the site.
System Shock seems a likely bet. The original was slightly flawed and its technology has dated badly, but its sequel acquired legendary status thanks to its terrifying depiction of an abandoned spaceship. Antagonist SHODAN went on to inspire Portal’s GLaDOS, and various members of the System Shock 2 team created spiritual successors Deus Ex and BioShock.
If it’s not System Shock, it could be original dungeon-crawler The Bard’s Tale and its two sequels. It was first released in 1985, so the graphics may look a little pokey, but it pretty much spelled out (literally!) what RPGs should do. We’d also bet that it’s one of massimo RPG fan Paul Barnett’s favourite games.
The Command and Conquer series began in the hands of Virgin Interactive, before EA took over the cheesy RTS and its developers Westwood Studios in 1998. The first Command and Conquer, Red Alert and Tiberian Sun have all been released by EA as freeware, but a number of titles – Renegade, Tiberium Wars and Red Alert 2 – are still sitting in EA’s basement.
Of course, the EA game(s) that finally arrive on GOG could be the last thing we expect. SimCity, Need for Speed, and American McGee’s Alice are all potentials. Or it could be that Crüe Ball finally gets its long-awaited re-release.