As surely as a watched dog never boils, a new release from Ubisoft will inevitably be split into myriad editions — or a myriad of editions, if you like to freestyle the English language — each one containing just a tiny fraction of the entire game. Watch_Dogs will arrive on May 27, plummeting into existence like a white hot meteorite before fracturing into a billion limited edition pieces.

There are approximately seven hundred different versions of the game to consider, and it’s probably fair to say that not a single one of these editions contains the full game. So which one should you choose? What compromises will you grudgingly accept? How can you be certain that, come May 27, you’re not plunging headlong into one of biggest mistakes you have ever made?

Shh now, I’m here to help. You may consult my absolutely accurate and definitely not made up guide to what each edition does and does not contain. 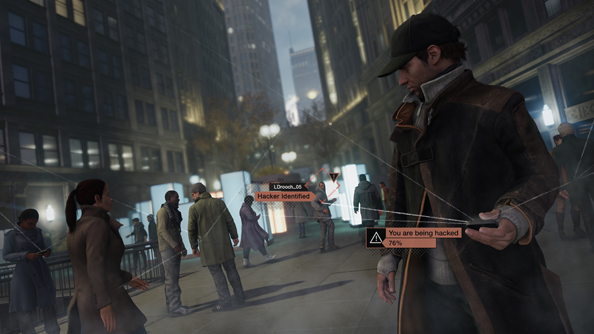 The Standard Edition of Watch_Dogs arrives on a set of sixteen zipdisks sellotaped together and lovingly packaged in a stylishly understated and fully resealable jiffy bag. On the bag you will find a jauntily positioned plain white label, on which the game’s name has been hastily written in red biro. 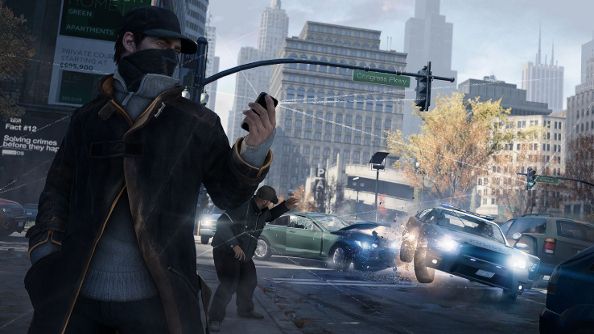 The Chrome Edition of Watch_Dogs is contained within a luxurious, two-ply corrugated cardboard box that’s damp all down one side. Inside the box you’ll find a loose, unbranded USB stick containing the game’s installer, as well as a bunch of menus for local takeaways. 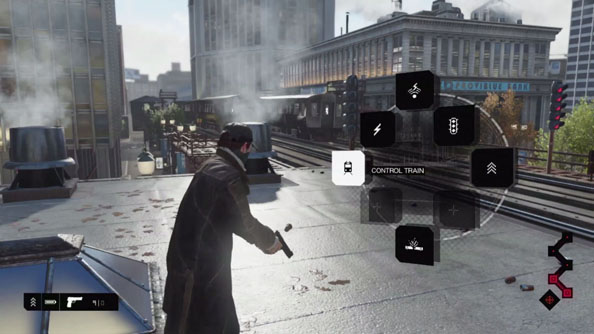 The Extreme Edition of Watch-Dogs comes printed on an exclusive dual layer DVD. The plastic disc will be frisbeed through your open window by a nice man from ParcelForce, who has been specially commissioned by Ubisoft to aim for your computer’s CD tray. Should he be successful in this attempt, a pair of shades will drop on to his face as a gnarly guitar riff plays. If unsuccessful however, a sad trombone will be heard as he slumps away. 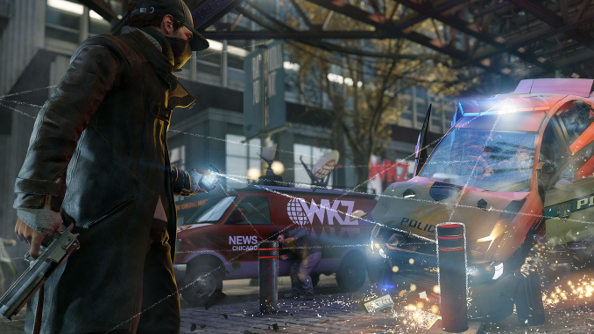 The Unknowable Obelisk edition of Watch_Dogs is a ghostly manifestation of the game’s code given human form by an ethereal hologram. The game will arrive unbidden in the night, slithering beneath your duvet covers to place a single digital finger in your unsuspecting mouth. A bitterly static frazzle on the tip of your tongue will then give way to a full-body Watch_Dogs gaming experience, as you slip into a euphoric virtual representation of the game world in which time and space lose all meaning. 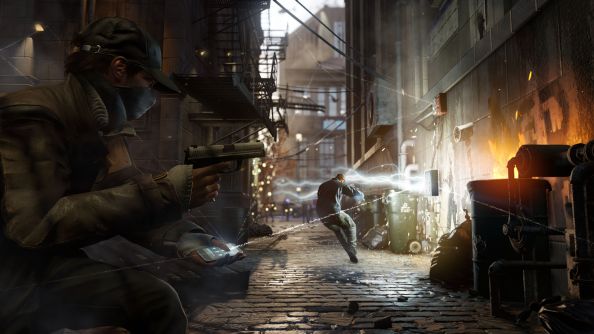 The Platinum Sapphire Edition of Watch_Dogs can be downloaded by first pre-ordering the PlayStation 4 version from GameStop, cancelling the pre-order, turning your Xbox on and then immediately pulling your ethernet cable out of the wall before registering for a Uplay account from Bulgaria. A 16 digit code will then flash repeatedly for seven seconds in your peripheral vision. Memorise it! Now enter this code on the Far Cry 4 pre-order form, which can be found inside any Watch_Dogs edition Happy Meal for a limited time only. You can find a list of participating McDonalds restaurants on the official Watch_Dogs website.

If you’d like an actual rundown of the differences between the staggeringly numerous editions of Watch_Dogs, or are simply frustrated by unfettered whimsy, here is a table of contents taken from the game’s Wikipedia page. It is roughly as ridiculous as the fiction above. 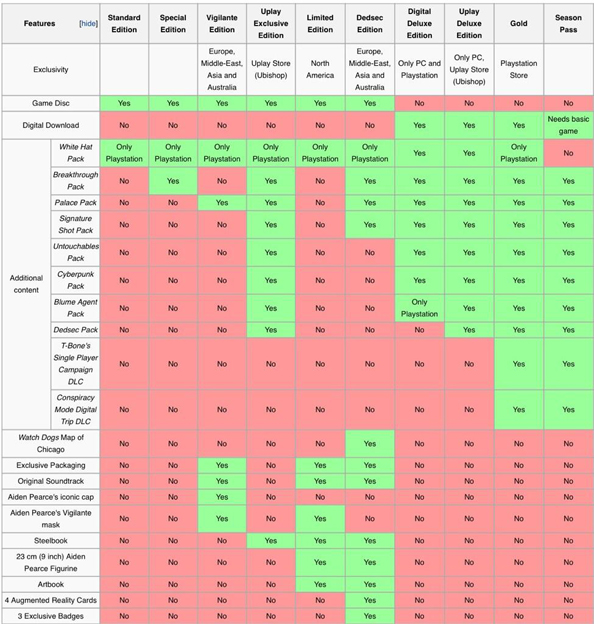