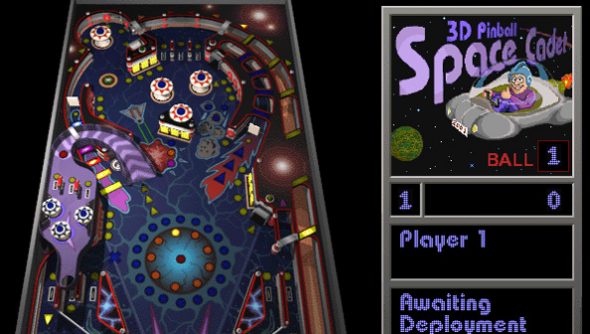 It’s one of the great mysteries of PC gaming. Whatever happened to the version of Pinball that accompanied Windows from 95 to XP like a faithful dog, albeit a jangly and clattery one? Some have speculated about legal issues, but it’s not that. Cue Microsoft software engineer Raymond Chen.

“One of the things I did in Windows XP was port several millions of lines of code from 32-bit to 64-bit Windows so that we could ship Windows XP 64-bit Edition,” said Chen on The Old New Thing. “But one of the programs that ran into trouble was Pinball. The 64-bit version of Pinball had a pretty nasty bug where the ball would simply pass through other objects like a ghost. In particular, when you started the game, the ball would be delivered to the launcher, and then it would slowly fall towards the bottom of the screen, through the plunger, and out the bottom of the table.

“Games tended to be really short.”

The team at Microsoft attempted to debug the game, with little success – Pinball’s code had been written by an outside company several years earlier and nobody at Microsoft understood how it worked.

“We had several million lines of code still to port, so we couldn’t afford to spend days studying the code trying to figure out what obscure floating point rounding error was causing collision detection to fail. We just made the executive decision right there to drop Pinball from the product.”

And as we all very well know, it’s been downhill for PC games ever since. If any of you out there are still using XP, fire up another ball for me, will you?