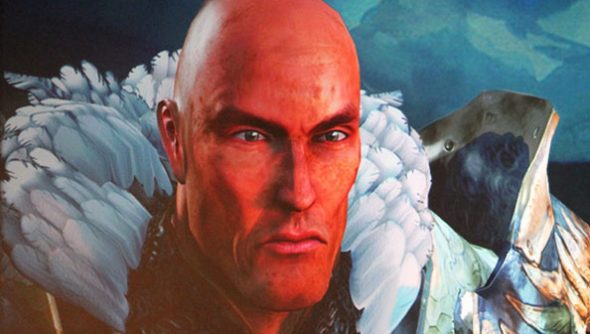 A year and a half ago, SOE made a tough decision: to mothball all of their work on EverQuest Next, the second sequel to their landmark MMO, and start again. “We made one fundamental shift to emergent gameplay,” says CEO John Smedley.

“The engine and underlying technology has not changed. A lot of the guts and infrastructure are staying the same. What we’re really changing is what the game is all about, all the design elements,” Smedley told Joystiq in an interview picked up by Reddit.

“Once we made that shift, everything else had to follow. And what we saw was RIFT. We saw the writing on the wall with SWTOR. We saw The Secret World. We saw all these games that we knew were in development and very high-quality, but we saw what was going to happen – this big spike and then it goes down.

“That’s the truth of what’s been happening with MMOs. The fans need to realize that if you don’t change the nature of what these games are, you’re not going to change that core behavior. We want to make games that last more than 15 years. That’s why we made the decision to change it.”

What SOE and MMO developers need to break out of, says Smedley, is continuing to develop “the same game”.

“EverQuest, WoW, SWTOR all use the same core loot gameplay, which is kill stuff, get reward, get loot, level up. Very few games have broken out of that mould. One or two have. EVE Online is a great example; it’s not standard level-based gameplay, although I’m not saying we’re going to a big skill-based system. You’re still going to recognize the roleplaying game heritage in it.

“In EverQuest Next, the world itself is a part of the game. What is the world in these other games? It’s a simple backdrop. It’s nothing. We are changing that greatly. We’re changing what AI is in these games to a degree that we’re going to bring life to the world. That to us is the essence of the change that we’re making.”

It’s big talk, this, but with a near-finished Planetside 2 in the wings it’s evident SOE have precedent in burning the MMO to the ground and placing the bricks anew. But EverQuest is the very birthplace of the genre as we know it; is it really the right place to commit such terrible arson?