Developers of games like Eve Online are much admired for their commitment to handing the reins to players – acting as caretakers to their whims rather than directors of their every action. But it’s one thing to admire, and another to sit back and let matters take their course once players begin to find holes in your carefully designed systems. That’s what AlphaSoft have attempted with Will To Live, an MMO shooter set at the mutant-inhabited end of the world.

Related: the best MMOs on PC. 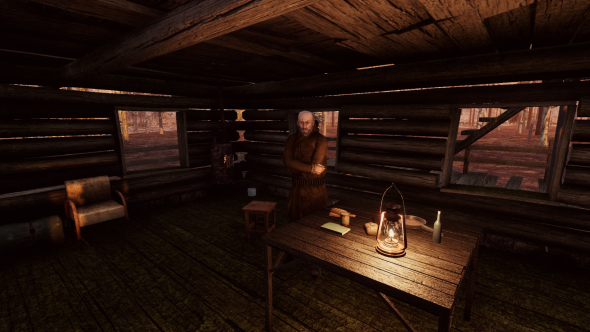 In Will To Live’s world, society is beginning again, between the monsters and the radiation zones. Play is built in part around hunting and trading resources with other players.

“We emphasise the social interrelations between the players,” game designer Maxim Karsten tells us. “There can be conflicts, or uniting into clans, or something else.”

While MMOs tend to divide these playstyles into separate modes or areas, AlphaSoft have been wary of placing too many restrictions on when and how players can interact with each other. They want survivors to be able to band together for safety – and for others to make their lives more difficult if they choose.

“It was really complicated, and we faced lots of problems,” Karsten says. “We tried to make every action we forced the players to do reasonable. The separation into two factions, which makes players fight, is conditioned by the history of the world.

“What’s more, there are conflicts which are built on specific actions performed by players in the game,” he adds. “So there can be players who hunt, and players who are bandits.”

The art of banditry 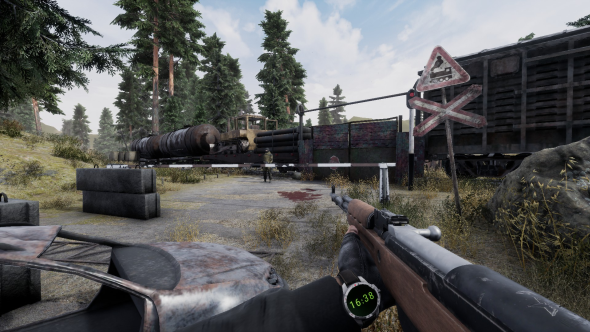 Becoming a bandit is by far the most intriguing option in Will To Live – since it’s almost a licence to look for advantage in the cracks between the systems AlphaSoft have built.

“Normally, the players who become bandits are the most creative,” Karsten notes. “They try to avoid the laws of the game. They find loopholes in the protection system which is designed to protect players. They try to shoot other players, or force them to communicate with them somehow.”

One straightforward example of this creativity can be found in the defence towers situated near the city on Will To Live’s map. These are intended to provide security to players looking for a moment’s respite from the harsh world outside. But even in Early Access, bandits have found the blind spots – the areas where they can attack other survivors without incurring the wrath of the towers.

AlphaSoft don’t have a hard and fast rule about which loopholes they close up, and which they allow to widen, enabling new and unintended playstyles.

“Sometimes we try to improve our protection system, and sometimes we leave it as is,” Karsten says. “These players create very special roleplay. For example, they have a definite style of communication. They use different voices. All this creates atmosphere in the game.” 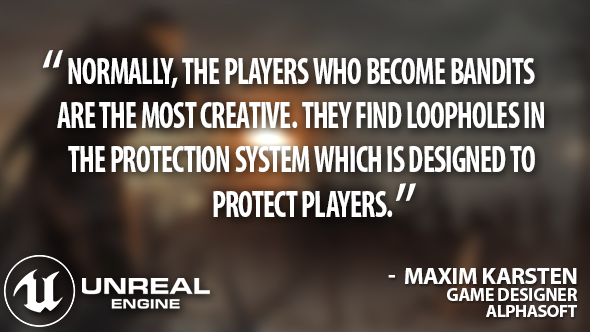 Often, the team have seen the game shaped in ways they never anticipated by player discoveries like these.

“It happens all the time,” Karsten says. “We really like it. We see how players relate to the picture we have, and afterwards we try to develop it in a way that they like.”

Unreal Engine 4 has been instrumental in all of this, allowing AlphaSoft to make significant alterations to the live game – which can mean two or three updates in a single week.

“The possibilities of the engine allow us to make all the amendments players hope for fast and productively,” Karsten says. “When people see that we are succeeding with these amendments, they are really happy to participate and make their own contributions to the game.”

How to slice a world 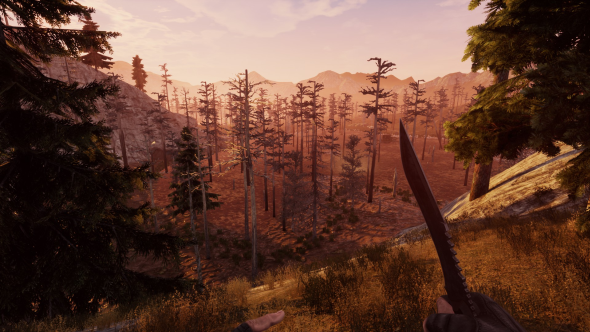 Will To Live’s map is divided into regions, rather than coming together as a seamless whole.

“The biggest problem here is the physical collisions,” Karsten explains. “It’s very difficult to support a large number of players in one big location. And to fill this location with monsters, we would have had to create 3,000 to 5,000 of them.”

With minimal edits to Unreal Engine 4’s source code, AlphaSoft programmed their own solution for carving the map into playable segments. By splitting their world up, they only need to support the co-existence of 500 creatures in a given area.

“This division makes it easier to support all the existing monsters, and it allows us to create different landscapes and locations, for instance underground ones,” Karsten says. “They contain many more things, and this allows us to reach bigger capacity and better performance.”

In the days since Will To Live launched out of Early Access last week, its servers have weathered the load of an influx of new players. Now AlphaSoft get to see how these newcomers change their game once more.

“The things we are most proud of is that we managed to create this society of interested players,” Karsten says. “A community of people who are really in the game.”

Will To Live is available on Steam. Unreal Engine 4 is now free.

In this sponsored series, we’re looking at how game developers are taking advantage of Unreal Engine 4 to create a new generation of PC games. With thanks to Epic Games and AlphaSoft.