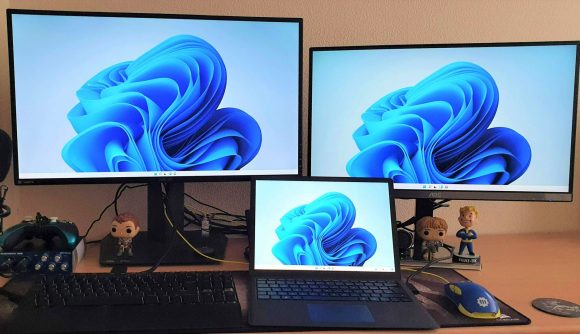 Windows 11 has finally arrived, and gaming PC users around the globe are getting to grips with the operating system’s new features. However, as you’d perhaps expect, Microsoft’s latest iteration of Windows comes with a few out of the box quirks, and a memory leak is reportedly causing the platform to hoard RAM resources.

For context, a memory leak is when a process on your computer fails to release its assigned cache memory. As a result, memory is unintentionally ringfenced, meaning it’s unavailable to other system resources. Ultimately, this can affect your PC’s overall performance, and even cause unresponsiveness in extreme cases.

According to Reddit user gyrohan269 (via PC Gamer), Windows 11’s leaky trail leads straight to File Explorer, which seems to be clinging onto RAM usage stacks. The Windows 11 user also reports that memory reserves are retained by the file manager both on startup and whenever a new folder is opened, with each instance gobbling up more resources each time. Naturally, not using File Explorer isn’t really an option, as the application is at the heart of Windows’ navigation system.

Since sharing, the early adopter’s post has been upvoted by thousands of users, and many commenters are experiencing the same issue. So, if your setup lacks a substantial amount of RAM, you might want to hold off on installing the OS for now. Even if you’ve got a high spec gaming rig, you might find the issue hinders performance during demanding gameplay sessions.

That said, the release version of Windows 11 has been live for less than a day, so the bug is likely just a launch day hiccup rather than a deep-rooted flaw. The issue is listed Windows 11 Feedback Hub, so Microsoft is aware of File Explorer’s seemingly insatiable hunger for memory.