It’s important to stay festive and merry at Christmas, and there’s nothing more festive and merry than killing Nazis. The war needs to be over by the end of the year, people, and that means there needs to be no more Nazis. The only way that can be achieved is by playing Wolfenstein: The New Order. Thankfully it was the best shooter released in 2014, so winning the war won’t be such chore.

You may not have played Wolfenstein for a variety of reasons. It released in the summer, which is normally a time when people are off socialising in the sun or spending their money watching big movies at the cinema. If neither of those things are your bag, you may have just thought Wolfenstein was going to be terrible. Afterall, the last reboot wasn’t all that great. But The New Order is great. It’s silly and bombastic whilst also being thoughtful and oddly touching at times. It’s unashamedly dedicated to its single-player campaign and tells a damn cool war story that’s also got robot dogs in it. Robot dogs that play fetch with hand grenades. Yup. 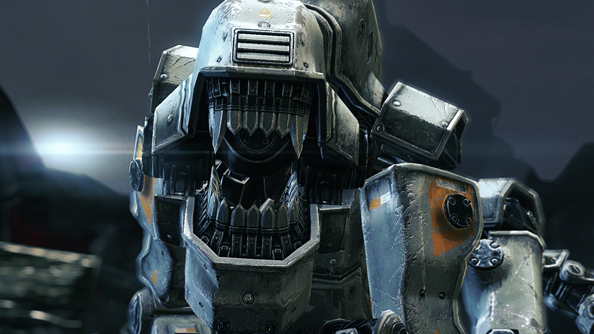 2014 has been a year of throwbacks blended perfectly with the modern. Divinity: Original Sin looks like an old-school RPG, but actually plays exceptionally forward-thinking. We’ve come to accept this style from the Kickstarter generation, but Wolfenstein is the AAA equivalent. It’s a modern shooter with checkpoints, ironsights, perk trees, and stealth options. But it’s also distinctly old-school in its level design and pace; taking time to cool down after shootouts with periods of environment exploration and solving puzzles, using health and armour that doesn’t recharge, and carrying around an absurd amount of guns that almost never run out of ammunition. It sounds so obvious that a game’s design should look to the past and the future for inspiration, but so few apparently do. Developer Machine Games quite obviously did, and Wolfenstein: The New Order is magnitudes stronger than many FPS games because of it. 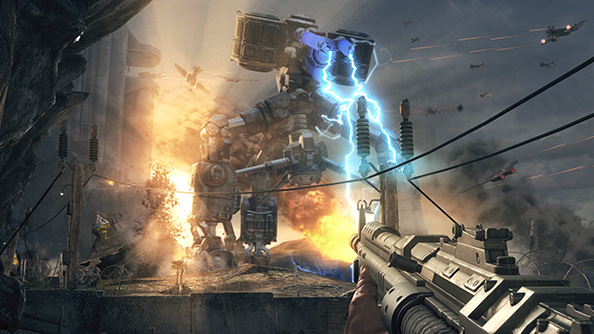 So Wolfenstein is a game where you can slide on your knees firing dual shotguns that rip the limbs off Nazis who are stomping around in power armour. But it’s also the story of a group of persecuted survivors trying to help the world break free of the Nazi’s iron grip. The characters that surround you are unexpectedly well-written; people with personal strife, vendettas, and misery. You play a man in love, both with a woman and the dream of freedom. It’s a narrative that should scrape and spark as it fails to fit with the ultra-violence of the shooting, but somehow the teeth slot together and they just work.

All the elements fit together in a ten-hour campaign; an absolutely ideal length to gorge through during the Christmas downtime. There’s no snow falling across Wolfenstein’s world, but there’s enough bullets to share and camaraderie spirit to revel in. Sit down, have a sing-song with some freedom fighters, and blast the stuffing out of mechanical racists this holiday.