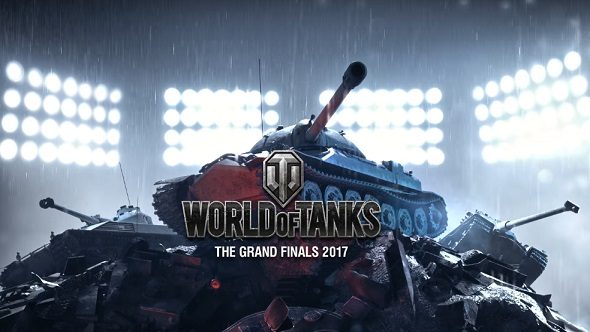 Finishing off an exciting season of armoured warfare, Wargaming.net have revealed the details for 2017’s World of Tanks Grand Finals. Gathering 12 of the world’s best tank crews, these finals promise some of the best digital tank-on-tank violence you’ve ever seen.

For all you history buffs, check out this list of the PC’s best WW2 games.

Technically starting on May 23, the Grand Finals process starts with the 12 teams facing off in a group stage. Split into four groups of three, each team will battle against each other in a best of five series to determine a winner and a runner-up for each group. The group stage will then conclude on May 24, ending up with four teams that will fight for the World of Tanks crown.

On May 27, the Grand Finals will truly begin with the four remaining teams competing in the quarterfinals. On May 28, the whole competition will conclude with the semifinals and the exciting Grand Finale. With a $300,000 prize pool up for grabs, expect some brutal fighting between tank crews. Do not worry if you cannot make it to the VTB Ice Palace in Moscow, as all of the action will be streamed live via Facebook and Rostelecom.

Throughout the finals, fellow tank commanders can join in with contests on social media to win special prizes courtesy of Wargaming.net. There will also be two Grand Packs and a Fan Pack on sale from the World of Tanks Premium Shop, with all packs offering players special team emblems and lapels in support of their favourite team. If you are planning to attend the finals in person, grab one of the Grand Packs but if you planning to watch via a livestream, the Fan Pack is for you.

As a first for the World of Tanks Grand Finals, Wargaming.net are following in the footsteps of the FIFA World Cup with predicting the overall winner. Just before the Grand Finale on May 28, Wargaming.net will call on Tomato the clairvoyant lobster to predict the overall winner. Based on the track record of Paul the octopus, I wouldn’t put too much money on this psychic crustacean.

For details on the tournament schedule, current standings and all the teams competing, make sure to check out the official World of Tanks Grand Finals website.