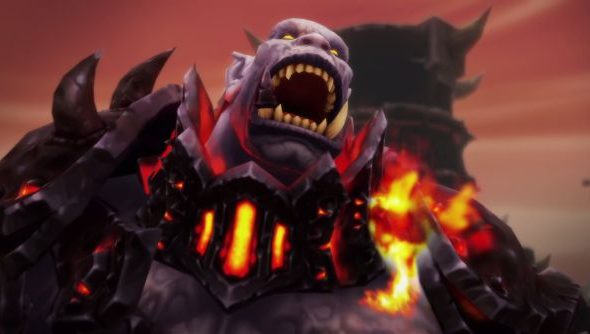 World of Warcraft players rejoice! Blizzard have released the schedule for the next raid for players to conquer, which will be unleashed on February 3rd. Blackrock Foundry will feature this nice gentleman of an orc, pictured above, as the big bad boss. Much loot will be had.

Blizzard will also be releasing a third new world boss into the wild – Rukhmar: a gigantic fiery raven, located in the Spires of Arrak.

The schedule is as follows:

Blackrock Foundry is home to that of the Blackhand – one of the several Iron Horde warchiefs. Clad in fiery armour, Blackhand is responsible for producing all of the war machines and weapons for the Iron Horde.

You’ll need to have a minimum of item level 635 if you want to jump into the noob friendly Raid Finder version, so start gearing up!