Exile’s Reach, the new level 1-10 World of Warcraft starting experience lovingly packaged with the upcoming Shadowlands expansion, lasts only a couple of hours. It walks brand-new players through the basics of playing the game, gives them a delightful little arc of story, shows off a touch of humour, and ends with a dungeon experience that replicates the real thing.

But that tasty morsel is good enough to leave players hungering for more, and I think the way it’s been made contains some clues about what World of Warcraft 2 might have been if Blizzard hadn’t scrapped the idea. It’s not that the mechanics of the starting area are different from the current WoW experience – they aren’t, by definition. It’s deeper and more subtle than that.

For starters, Exile’s Reach is personal in a way the current World of Warcraft experience can’t hope to be. While it can be done as a group, it’s designed as a solo experience, to the extent that NPCs can even help you run the dungeon, filling out your three-person party in a way that only other players can in the rest of the game. Whether the characters you play with are human or computer-controlled is less important, however, than the feeling that the story revolves entirely around you – something that Warcraft hasn’t felt like in a long time. The quests, the dialogue, and even the vendors centre around your character and its faction, race, class.

Current expansions put your character on a pedestal, to be sure. The default greeting by NPCs is “hero,” and you’ve earned that moniker through countless battles. But those expansions’ actual storylines are often focused on other people. While you level up your Heart of Azeroth neckpiece in Battle for Azeroth, it’s so that you can eventually be used as a literal tool by the real heroes to focus power that is not your own and defeat the evil old god N’Zoth. The limelight and the real character development are reserved for the NPC heroes, the Jainas and Talanjis, Wrathions and Ebonhorns, who develop over time and become more deeply-faceted foci of their own stories. 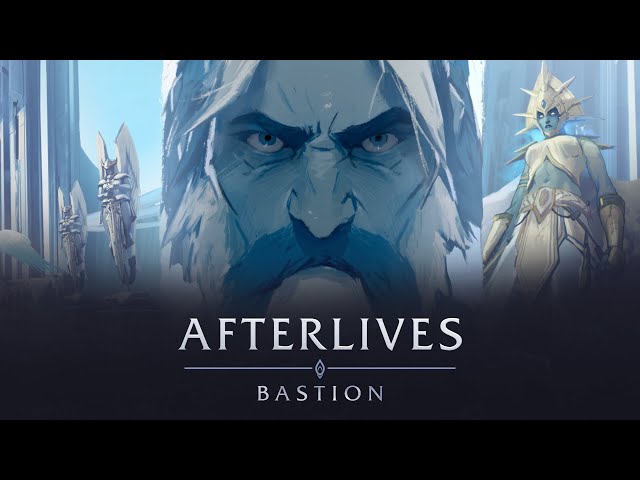 In fairness, this makes for compelling storytelling. Uther’s confrontation with Arthas in the animated short previewing the Shadowlands expansion was a dramatic moment precisely because we have come to know those characters so well, but it takes the focus off of us.

In vanilla WoW, 1-60 was a single story with an engaging ending. Classic players, I get you now. This is what we’ve been missing

Exile’s Reach gives that spotlight back. We’re the agent behind every bit of progress that happens on that little island. We’re the hero of that story. It’s subtle, but enthralling – surprisingly so for a tale that is so very small. A bit of training on a boat, some exploration and practising new skills, a couple of rescue missions, an attack on an ogre encampment, a final dungeon and flight, and it’s over. But we are the architect of all of it.

It’s also one unified adventure from beginning to end. You meet and get to know other characters, however briefly, and even have the option to say goodbye to them – in the hurried but heartfelt manner of new friends – when you leave. It all hangs together, one moment building on the next, until it climaxes in that dungeon and a hero’s return to your capital city. It’s an adventure, in the true sense of the word, and that’s something that Warcraft hasn’t been able to deliver in a long time. 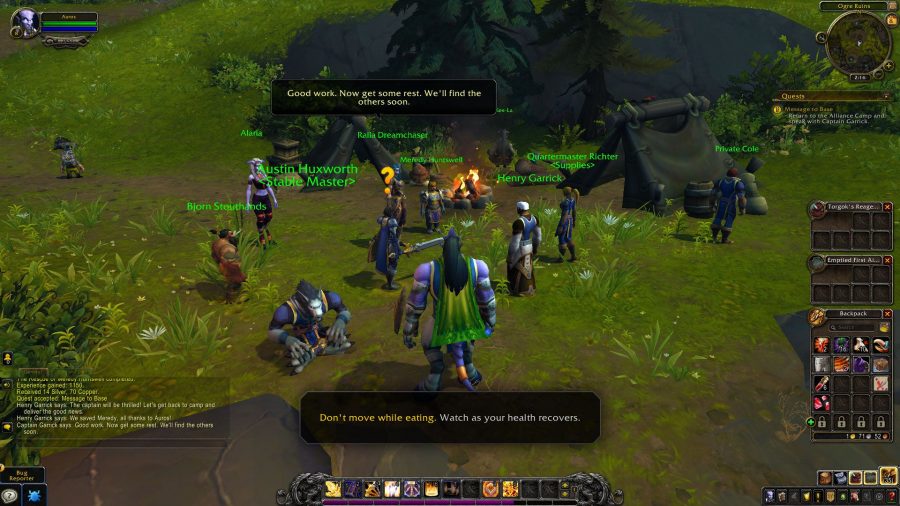 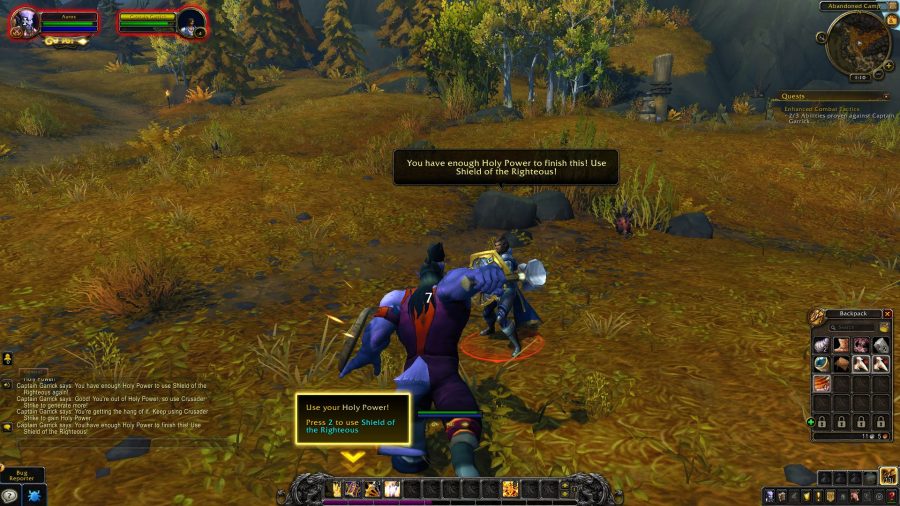 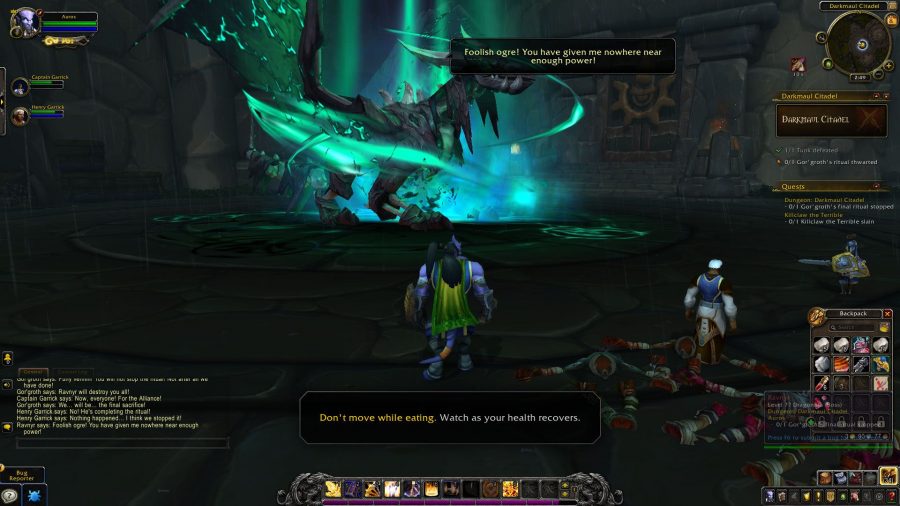 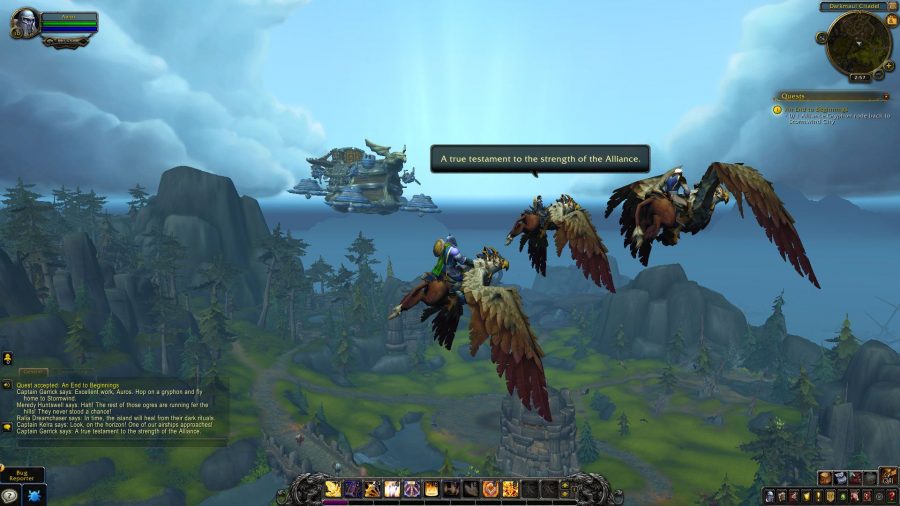 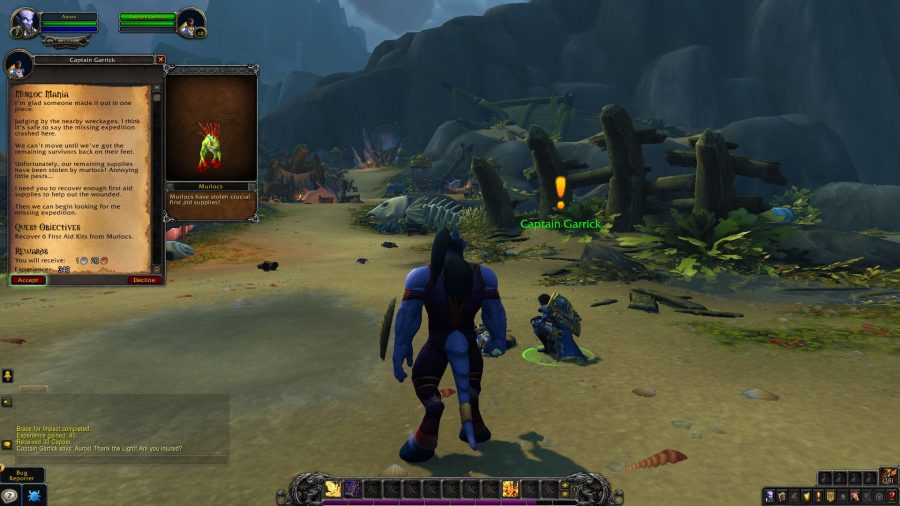 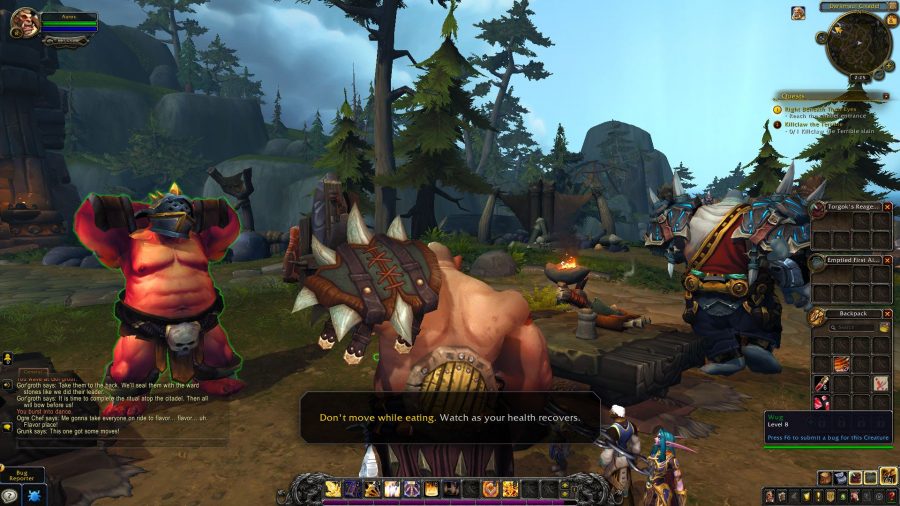 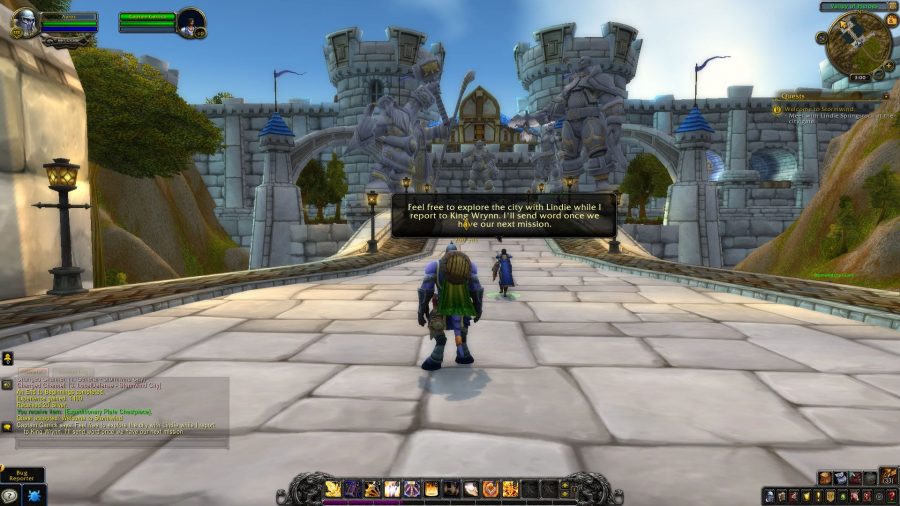 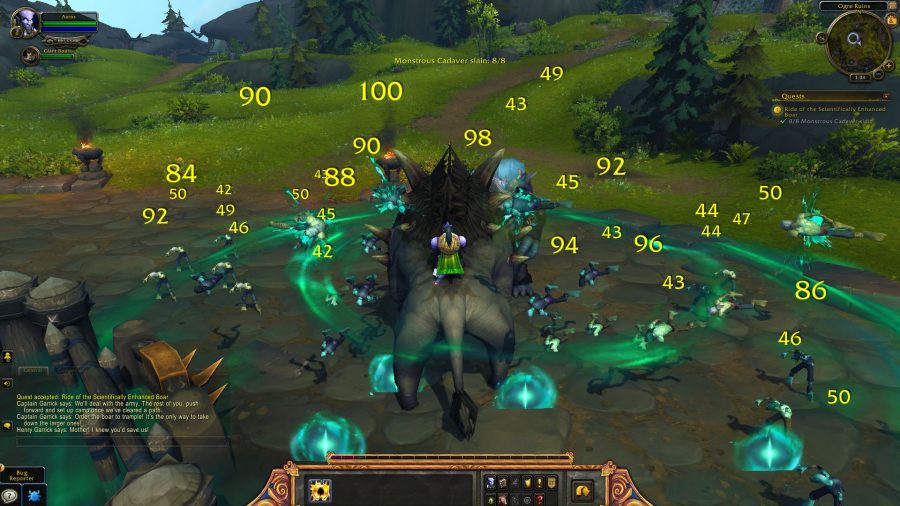 The best expansions are those that have told compelling stories with a slow burn. Wrath of the Lich King is an excellent example, building Arthas’s villainy throughout before the final showdown. But even there, your character did not play the central role in that arc. Exile’s Reach tells a similarly holistic story – albeit one of less epic proportions – but you’re the hero of the tale, making it far more engrossing. I finished at level 10 wanting the same experience to build to level 50, or hell, even level 60, making start to max level one seamless adventure.

Related: Check out the best MMOs and MMORPGs on PC in 2020

To be fair, this would be a challenge for Blizzard. Incorporating my friends alongside me into a narrative where I am the hero is a tough show to manage, but it would have been worth it to feel like the game as a whole had a story arc with my character as the star. 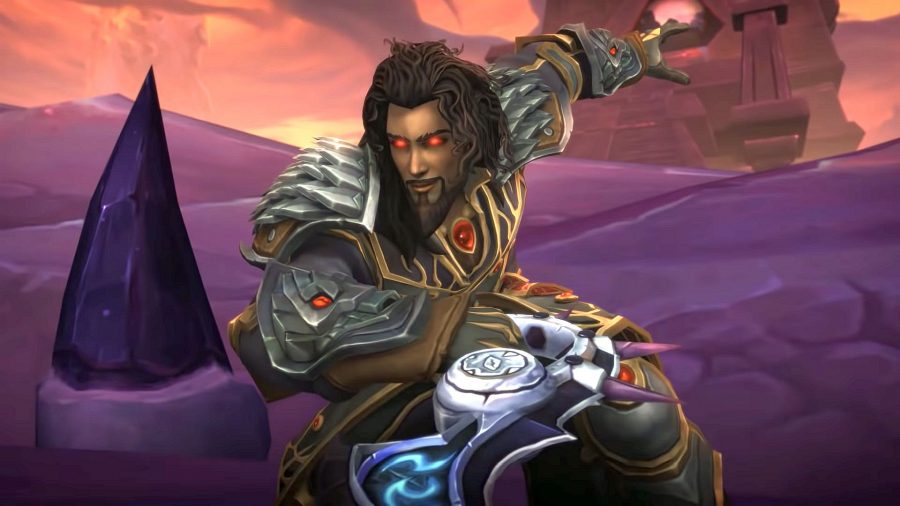 This is what World of Warcraft 2 could’ve offered, if it hadn’t been stillborn. It may not have had dramatic improvements in systems and graphics (though starting with new code might have been a help.) But it could have told one, sweet, long, totally new, unified story, leading players through the development of their own characters from start to finish.

This is one of the things that has drawn players back to Classic, even if they felt no particular nostalgia for vanilla-flavoured Warcraft: the concept that 1-60 was a single experience, a long trip with an engaging ending, that all hangs more or less together. It was deeply flawed, but after playing Exile’s Reach, it’s easy to see the appeal.

World of Warcraft: Classic players, I get you now. I think, in many ways, this is what we’ve all been missing.