Asmongold is undoubtedly one of the top World of Warcraft streamers on Twitch. He’s gained 32,000 followers in the past two weeks, and averages around 25,000 viewers per stream.

The Texan streamer’s sudden spell of fame doesn’t seem to have phased him. He’s matter of fact, honest – our first conversation is about his new webcam and a piece of armour he was about to nab in Warcraft’s auction house – which is exactly why he’s good at telling stories while streaming Warcraft, and why so many people have flocked to watch him.

“The biggest difference between having more money and not, is just… getting bacon on my hamburgers,” Asmongold tells me. “I’m a very conservative person in that way. I don’t like to live outside my means. I don’t like to let any sort of success change my mindset because, to me, that mindset is what brought me to where I am. So I want to continue that.”

Let your personality slip through

Asmongold is one of the latest in a line of streamers to suddenly make it big. The most famous of these is Ninja – the Fornite streamer, who’s been on national TV and had celebrities play with him in matches. The narrative that naturally builds around these people is one that tells us their popularity is luck, that it came from nowhere, and while there is an element of good fortune, there’s also a lot of hard graft.

Asmongold has been making video content for the internet for years. Before Twitch, he created World of Warcraft videos and guides on two different YouTube channels. “I’d record myself hanging out with my friends,” he says about his first channel from 2008, “and occasionally I’d record myself solo-ing some raid boss in Warcraft. This wasn’t an endeavour. It was just something that I did.”

In 2016, Asmongold decided to make the jump to streaming. Most content creators struggle with the transition from edited videos to livestreaming. He feels that his own switch was more natural than it is for others.

“Many of my videos, if you go back and watch them: there are no cuts,” he says. “The reason for that is because I would sit down, I would make sure that I had everything that I needed for that video, and I would present that video. [It helped] being able to understand and realise that [Twitch is] a different platform with different expectations, a different audience, and an entirely different set of norms.”

Asmongold’s streaming persona isn’t a mask, and he tries to keep it that way, though he admits he does play up to the camera on occasion. “There’s an element of acting,” he explains. “There are things that I’ll sort of act or script out. I can kind of predict what people are gonna ask to do. Then that way, I can create something that’s a little bit more entertaining, and people can feel like it’s organic, too.” 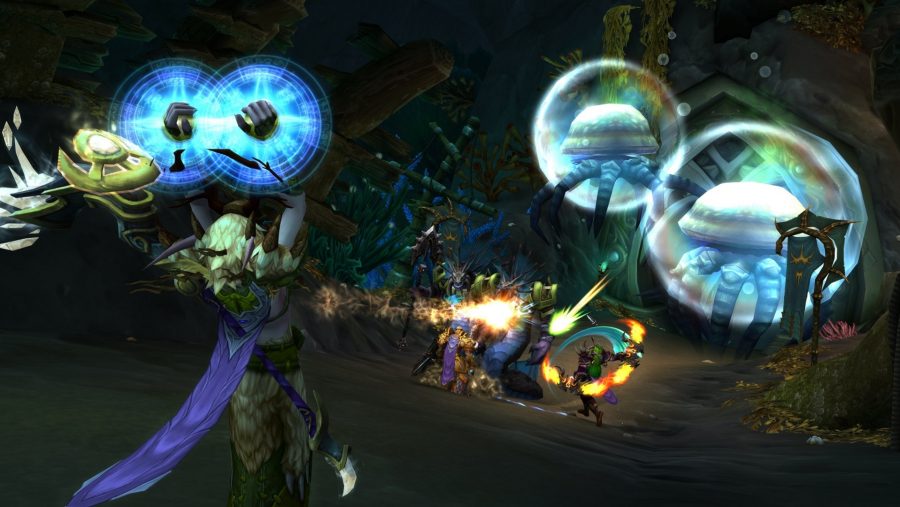 Asmongold loves planning out these experiences for his viewers, even in the smallest of ways. Perhaps one day he’ll fail consistently in a scenario, only to finish it on ‘his last try’. Other days, he’ll find a legendary item in his bank that he ‘forgot about’. “But, at the same time, there’s a lot more to it,” the streamer says. “You can’t script out four hours of content. I think one secret of being good at anything is being able to act on the fly.”

Asmongold’s personality extends to his stream layout, which is where he’s able to turn viewers into funders. Take his donation bar, which often lists his upcoming dinner as the daily goal: “It’s another level of that kind of cleverness and newness that the stream has every day.” At one point in a stream, Asmongold seemed to jokingly say to his viewers that they’d be paying for his Wendy’s that night, but it was sincere.“Well they are!” he exclaims. “It’s not a joke, they actually are paying for it!”

Build an audience, find your voice

Rising streamers often wonder whether game choice or streamer personality plays a bigger role in attracting viewers. Is Asmongold bringing in lots of viewer numbers due to his choice to play World of Warcraft, or is it his personality doing the heavy lifting? He’s not sure himself, but given the amount of work he’s put into creating an entertaining stream would suggest one above the other.

One of Asmongold's driving forces is avoiding becoming boring. One way he does this is by taking inspiration from Grand Theft Auto streamers that entertain through roleplay. "They're built around random interactions, around the streamer cultivating some sort of experience," he says. "With Warcraft, I try to always find a way that I’m talking. That I’m saying something, that I’m keeping the audience engaged in one way or another."

What’s clear from talking to Asmongold is the work he puts into his streams. This is what you don’t see when you watch his stream or any other popular streamer. It all feels spontaneous, so much so that anyone watching might feel that they could easily get into this profession, but there’s more to it than talking on camera. The trick of any successful streamer is to hide the work they put in behind the scenes. It’s why Asmongold’s advice to up-and-coming streamers isn’t just to give it a go, to start as soon as possible.

“Make your content enjoyable to the point that people can watch it without necessarily watching the screen. If your stream isn’t enjoyable to listen to it’s probably not going to matter if it’s good to watch, because people aren’t going to give it a chance. Try to focus on making content that’s more enjoyable for a larger audience, not just for your individual game.”

After I spoke with him, I tuned into Asmongold’s next stream. He began it with a sole, showboated burp, followed by a story about his dad’s upcoming birthday, and a rant on his broken AC mixing with Texas’s muggy weather. He ran high-level WoW content alone, rambling to his audience, while his donation bar read, ‘1 way plane trip to Antarctica to live with Santa Claue,’ typo included. That probably wasn’t an accident.