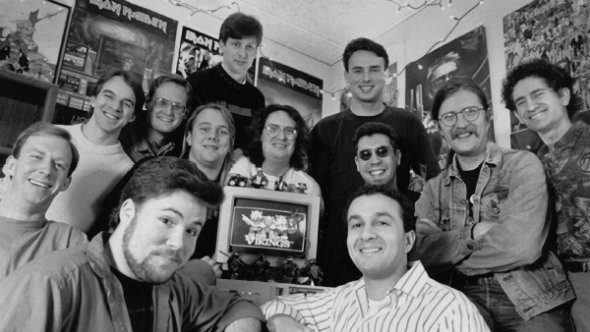 After World of Warcraft: Legion’s release, Blizzard shed a number of senior team members most other studios woud sweat bullets over, but current lead game designer Matt Goss says they ‘didn’t even notice’.

For more of the top news out of BlizzCon 2016, see the event hub here.

James Waugh, Craig Amai, Tyson Murphy, Tom Chilton and, most notably, Chris Metzen all left the Blizzard fold after shipping WoW’s latest expansion, but for Goss there was no discernable transition period within the company, nor obvious reasons for their departure.

“I hate using this phrase, it sounds very sportsy, but we have a deep bench,” Goss tells BlizzCon’s prodigal son, Ben Barrett. “With Ion [Hazzikostas] taking over for Tom it was a very seamless transition, in fact I think it happened and then two weeks later we were like ‘oh yeah, Ion’s game director now’ like we didn’t even notice. I think that’s a testament to how those guys work together. I mean, we love Tom and what Tom provided for WoW is just immeasurable, but Ion’s been assistant game director for a while.”

As for the reasons so many left at the same time, in the aftermath of one of Team 2’s most high-profile product releases as well as the Warcraft film’s premiere, Goss believes each had their own personal reasons rather than anything within the company causing friction.

“I don’t think there’s anything that’s consistent between them,” Goss says. “It was just different people looking for different things, and Legion was very popular and it did absorb a lot of our time and focus. I think a lot of times it’s hard for people to leave a project they put a lot into, so it almost becomes like if there’s any reason to do something else, the right time is after a passion project [is finished] and I can move to something else.”

You can put away your conspiracy red string, now. Maybe. Keep it out just in case there’s an ARG, though.