Possibly the nerdiest man in games, Chris Metzen, is hanging up his pen, paper and whatever else senior vice-presidents of creative development use. With credits on a massive number of Blizzard’s games, from World of Warcraft back to Justice League and all the way up to Overwatch, he’s retiring to be with his family at age 42, nearly 23 years after joining Blizzard. In a heartfelt post on the official forums, he said his goodbyes to the community and company alike.

His last credited work is rather good, read why in our WoW: Legion review.

In true, rambling Metzen style, he begins by recounting his childhood days of playing D&D before talking about the tough early days of making games at Blizzard, and thanking the players and co-workers alike. “In short, I’ve had the time of my life” he says.

He makes it very clear that he won’t be popping up elsewhere and it is a true retirement, at least from making games. “The reason I use the word “retire” is because I’m not going to some other company or starting up new projects or anything remotely like that. It’s been a long, amazing stretch of years. Now it’s time to slow it down. Rest. Lay around on the couch and get fat. Well, fatter…”

He cites his third child as the reason for him taking a step back, with a lot of family responsibilities to attend to. He ends by saying he’s never been happier.

The response by the community has been overwhelmingly positive, as evidenced by the 40 pages of replies to the thread on the World of Warcraft forums alone. This was mirrored on other official forums, as well as various Reddit threads. While some story decisions made under his tenure – not all by him, it must be stressed – have been controversial, he remains highly regarded as someone who created worlds and characters that people grew up with across two decades and continue to love today. 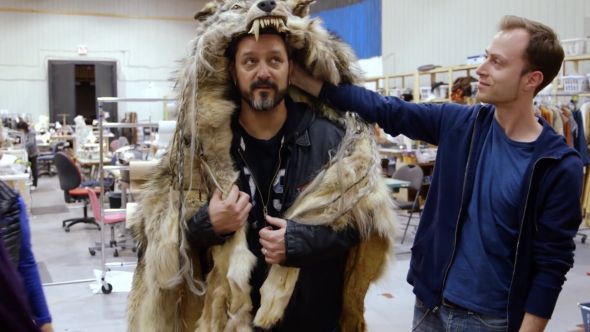 Chris Metzen also, simply, is Blizzard personified. You can see how company culture, or at least what is broadcast outwardly, was built up around his particular brand of rock star nerdism and total lack of embarrassment. If anyone was going to have eight-foot tall statues of his creations in the lobby, it’s Metzen. His phraseology became the language of the company from press releases, to interviews, to casual conversation and his enthusiasm was similarly infectious.

Nobody could quite string an announcement out like Metzen, nobody else would get away with going unscripted to a stage as big as the BlizzCon opening ceremony and someone in his position of seniority is rarely as open. He was an exceptionally good interview, not least because he always seemed to be on the verge of revealing everything, to the frustration of co-workers and marketing planners alike.

He also said his goodbyes via his rarely-used Twitter account and mentioned that he was intending to keep playing Thrall, one of various voice-acting roles he’s held over the years and the most major character left in active development. Whether that will be the limit of his involvement in the company remains to be seen – Overwatch particularly is gathering steam as a multi-media project and Metzen’s probably not done making superheroes yet.