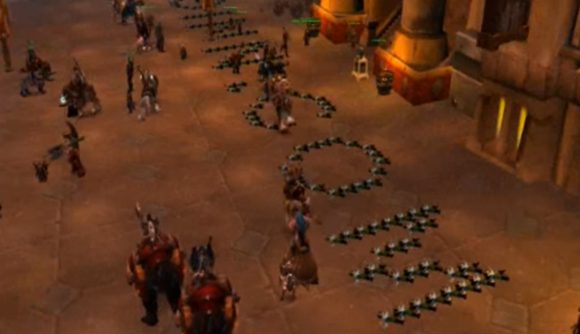 World of Warcraft Classic properly launches in less than a week, and it promises an experience that’s mostly faithful to the one you enjoyed back in 2004. No, it won’t be quite the same when the Metallica catalogue that accompanies your gameplay comes over Spotify instead of Kazaa, but there are a few other notable changes from the original, too. Like skeletons.

Back in the original WoW, skeletons would pile up as players died, as a new skeleton would spawn at your corpse position every time you respawned. In WoW Classic, you’ll only leave a single skeleton behind, and previous remains will disappear as you continue dying. According to Blizzard, that’s a conscious choice.

“While we understand that this was a flavorful part of Original WoW and the earlier expansions,” senior test lead Aggrend says in a Reddit AMA, “individual players leaving multiple player corpses and skeletons throughout the game world can lead to behavior such as spelling out advertisements, hate speech, and other negative messages. As such, this will not be a part of WoW Classic.”

At the very least, that means you won’t see any gold-farming URLs cluttering up various mountainsides, though the alteration over the original has predictably been going over poorly with players.

But if it stops things like the above video from happening, maybe it’s not so bad.

If corpse restrictions don’t deter you, however, check out our guide to Classic WoW classes for some helpful tips as you choose your path for next week’s launch.