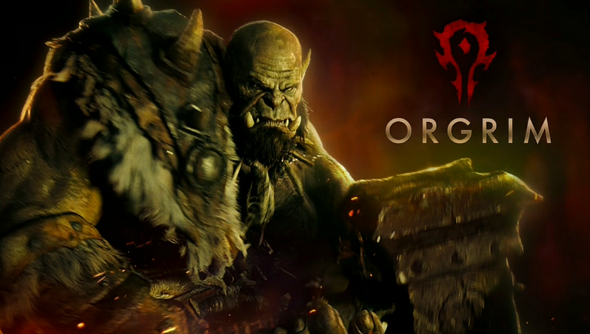 One year ago at Blizzcon 2013 a short panel discussed just how far Duncan Jones – director of Moon and Source Code – had progressed with his new pet project: the long-awaited Warcraft movie. There was nothing to show and little more to talk about, but what was clear was that the Warcraft movie was to be a tale equally split between the Alliance and Horde factions.

With much more to talk about, Duncan Jones returned this year to Blizzcon, but there was really only one thing on everyone’s minds: the orcs in Warcraft are really, really good.

Discussing the early days when he arrived on the project, Jones explained that “there was a script that didn’t paint the orcs in a good light”. It was important to him to build a film that could have both orcs and humans as portrayed as heroes. “We wanted the orcs to be something the audience could care about,” he said. 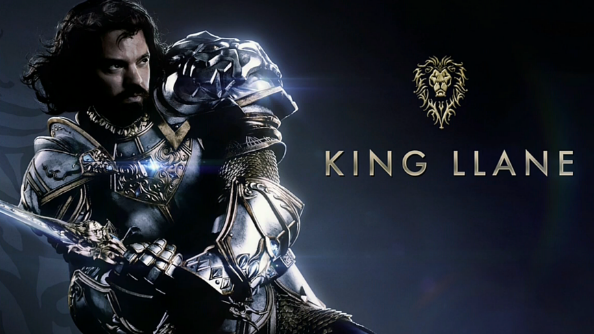 Blizzard’s senior vice president of story Chris Metzen described one shot from the film which he pinpointed as ultimate proof that Jones and the team at Legendary Pictures had achieved this goal. In it, orc leader Durotan stands beside his pregnant wife, observing the chaos of battle around him. “Theres a universe of depth and weariness in his eyes,” explained Metzen. “He’s a breathing living person, a dad, a husband. This is the depth of realism ILM (Industrial Light and Magic – the special effects company working on Warcraft) is reaching for.”

“We have so many special effects,” said Jones. “It’s a big big big film. It’s Avatar and Lord of the Rings at the same time.”

The orcs in the film are the responsibility of special effects supervisor Bill Westenhofer. A long-time Warcraft player himself, it was important to both he and Duncan Jones that the orcs were portrayed as realistically as possible. To achieve this, the actors playing orcs have been motion captured acting on-set alongside their human counterparts, rather than in an isolated motion-capture studio. Jones’ instruction was that despite the thousands of effects shots required, the whole film had to feel live action. By using actors on-set in the purpose built environments like Stormwind, Bill explained that “theres a magic in the performance. It’s got that feel of a live action movie.”

Talking of Stormwind, much of the city has been built for the film. “We built sets, we built locations. We built them in a fidelity where we could move around them and look at signs,” said Jones. Metzen reminisced about being stood in Stormwind’s main street and being able to see the mailbox and bulletin board that so many players have visited. 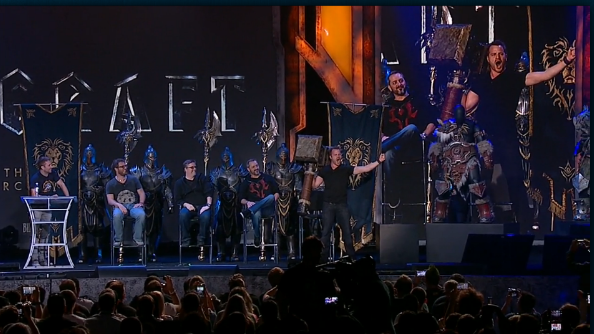 The locations in Warcraft will be populated by a list of prolific (if not superstar) actors, including Vikings’ Travis Fimmel as Lothar, Toby Kebbell as Durotan (hot off motion capture duties on Dawn of the Planet of the Apes), Dominic Cooper as King LLane, Daniel Wu as Gul’dan, Ruth Negga as Lady Taria, Clancy Brown as Blackhand, Ben Schnetzer as Khadgar, and Rob Kazinsky as Orgrim. Kazinsky dropped in on the panel to show off his impressive Warcraft dedication (he’s played over 500 days worth of WoW) and explain how he bought a 7ft tall, 600lb orc to life through his performance.

“I loved playing Orgrim. He’s the hard bastard, big, scary, not very bright. What you’ll see through this movie is the evolution from being someones brother to being a leader in his own right. We lay the foundations of who he is and what he ends up doing,” said Kazinsky.