It’s one thing to clear one of World of Warcraft’s higher-end Mythic dungeons, but it’s another to complete it on your lonesome. As spotted by Icy Veins, one WoW player has managed to do just that, clearing the Halls of Atonement dungeon on + 19 in just four hours as a solo player.

Mulini goes into their strategy in the video itself, which you can catch below, but several titbits of information stand out. Mulini uses a Blood Death Knight, one of the MMORPG’s specialist tanks you can use. It’s good at reactively healing damage taken using its Death Strike and using a swathe of cooldowns to support itself, which is why it’s probably a decent class to use if you’re running solo.

The WoW player explains that they’re using the Heartbreaker, Hemostasis, Foul Bulwark, Will of the Necropolis, Grip of the Dead, Voracious, and Red Thirst talents. They also have the Superstrain and Gorefiend’s Domination legendaries on the go. If you’re looking for more information on trinkets, soul binds, and boss strategies, you can find them in the video.

Speaking of, here it is in full: 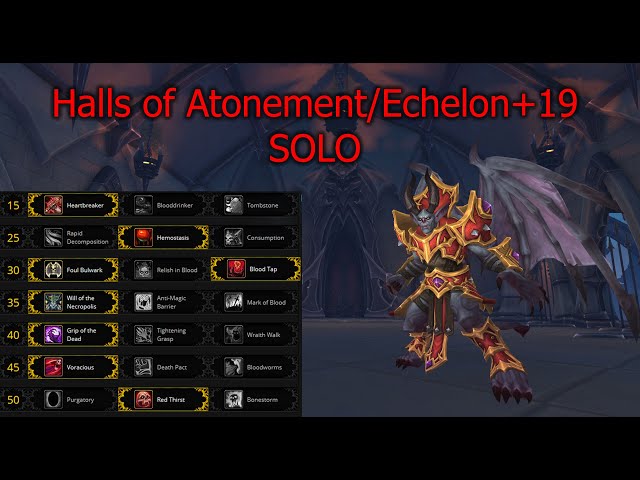 This run isn’t the first time we’ve seen Mulini pull something like this off. They also spent around seven hours soloing Mists of Tirna Scithe on +17.

If you’re looking for more great MMORPGs on PC, you can hit that link.