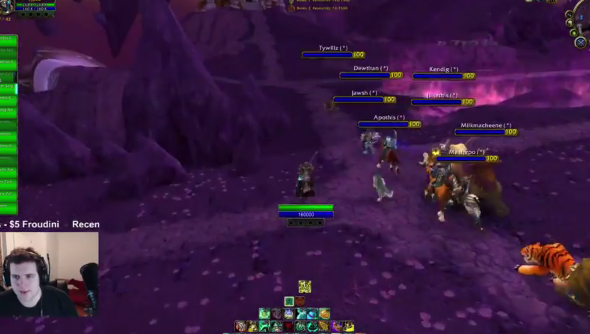 When you turn up at a PvP Battleground in World of Warcraft, the last thing you expect to see is an army of players coldly and efficiently marching between capture points in haunting synchronicity. But that’s exactly what YouTuber Zybak found whilst he attempted to dig into some Battlegrounds matches for a stream.

Almost every player for both Alliance and Horde were robots. Avatars puppeteered not by real players behind keyboards, but lines of code; their presence in the arena simply to farm Honor currency. The bot’s known as Honorbuddy, and it’s destroying the fun in WoW’s Battlegrounds.

Blizzard are notoriously slow to respond to bot plagues. Generally they spend months studying bot behaviour, and then do huge blanket bans to wipe out every bot user in one fell swoop. But with these bot cullings only occurring every so many months, it means thousands of matches are being played by bots every day. Understandably, this makes many people sad. Just check out this Reddit thread.

Have you been affected by any of the issues raised in our story today? Share your experiences of bot-fuelled torment with us in the comments.