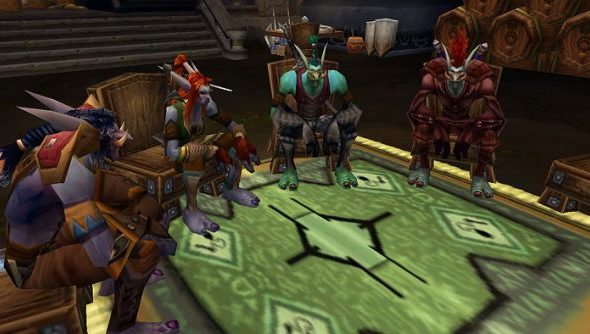 Nostalrius, the world’s biggest World of Warcraft private server, was shut down last month after gaining too much notoriety for Blizzard’s lawyers to ignore. In response to massive community outcry about not only its closing, but a want by sections of the playerbase to officially return to the vanilla WoW days, Nostalrius announced that they were actively pursuing a meeting at Blizzard HQ to discuss it. A date has now been set for that, which will be at the beginning of June, though no specifics were given.

Try one of the best MMORPG, if you’re looking for something new.

In an announcement post on their forums, the Nostalrius admin team said that they were “excited to announce” that the meeting was happening, but “no precise date nor schedule will be provided for security reasons.” Though they didn’t elaborate on what they believed those security concerns were, they did say to expect a report a “few days after this meeting.” Presumably, that’s sometime before June 15th.

They also say that since the last time they spoke they’ve been continuing their post-mortem. This includes analysing a massive survey they put out with over 50,000 responses, purely on the topic of current WoW and past, and how people would like to play. They’re going to start releasing information from that over the coming days.

Many community members, at least based on the responses to the official thread, are still hoping for official Legacy servers that run World of Warcraft as it was in 2006 rather than Blizzard’s idea of Pristine realms that remove some of the communication tools and leveling boosts introduced over the years, but are based on current content. It will be more than interesting to see how they respond to whatever details from the meeting come out.

We’ve contacted Blizzard for comment on the matter, as well as to see if they could provide more precise information. We’ll update if and when they reply.