World of Warcraft’s new raid is here as part of the Chains of Domination update for Shadowlands, though it’s the cinematic trailer that has come alongside it that’s prompting some reaction online. While plenty of guilds have lined up to beat the raid, plenty of onlookers were keen to tune in to see where the Shadowlands story arc is heading. There will be some story spoilers in this post, so take this as your warning.

To catch you up to speed, the long-recurring character Sylvanas Windrunner has been serving a mysterious character known as the Jailer. He’s the big bad of the game right now, so plenty wondered where everything was going and what it meant for Sylvanas. It turns out fans got the redemption arc they expected, with Sylvanas turning on the Jailer once it sinks in he’s bad, actually. She does get the lost half of her soul back, so it’s not all bad.

The twist isn’t going down well with fans, though, with some venting long-running frustrations they have over the quality of the story and others doing online goofs. “For all the complaints about systems and covenants and this and that, WoW’s gameplay has been fine,” one Reddit user says. “It’s comfortable and interesting enough to keep me playing and happy. But god this story is slowly poisoning the game.”

Others are keen to stress that the overall lore offering is “pretty damn cool“, even if the current story is not what they’d personally hope for.

The trailer itself has currently racked up 103,003 views at the time of writing with more than 5,000 downvotes. It’s also the fuel of heaps of Reddit memes.

If you’d like to see the trailer for yourself, you can catch it here: 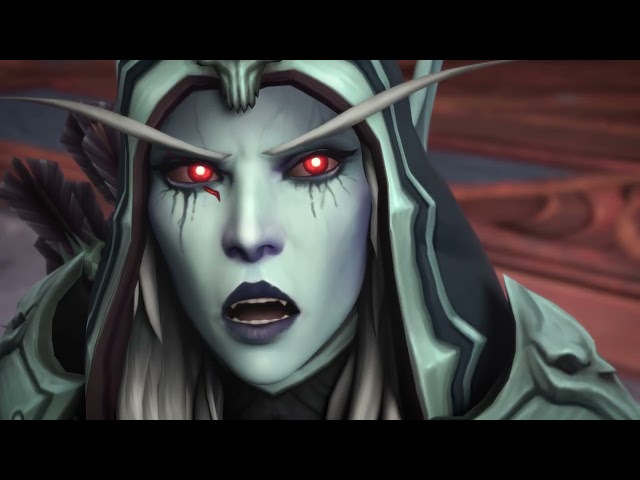