World of Warcraft has always been a hard game to recommend to friends. Not only is it tough to convince someone to spend a tenner a month on anything, we are talking about throwing cash at an old game that shows its age. Drop a fresh player into Elwynn Forest, ask them to kill some wolves with a tap of their mouse, and you are going to find yourself fielding some awkward questions about why so many people have played this game for so long.

When is the next World of Warcraft expansion out? Not long now.

Starting a new WoW hero from scratch is always a bit rough. Recently, my partner – an avid Guild Wars 2 player – attempted to get back into World of Warcraft, but bounced off hard in her first attempts. In fairness, Guild Wars 2 boasts a wildly more fluid combat system and smoother drop-in questing. What is frustrating is that Blizzard have already made amends in these areas – they just aren’t visible to new WoW players. 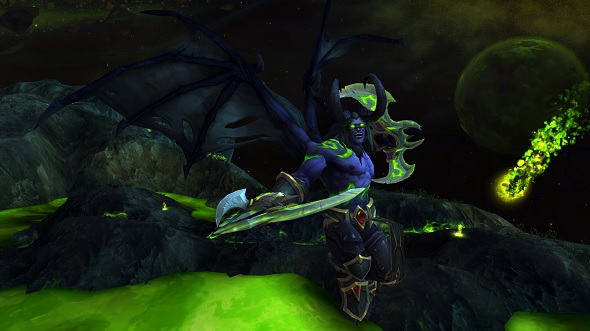 With the Warlords and Legion expansions, they took steps to open up the questing experience, making changes to both player characters and monsters that allow for more mobile and active combat. To improve the journey through the first few dozen levels, Blizzard could bring what they have done with WoW’s late-game to its opening areas. But they have not done that yet.

With each expansion, the world we explore with our hero gets bigger, both in terms of its physical size and what happens within it. Over the years, Blizzard have added more compelling storylines to new regions – each of them changing as you burn through them, objectives moving on from the simple kill-and-collect quests of early WoW. Rare monsters, world quests, and hidden treasures now fill the world between quest hubs too, encouraging further globetrotting.

The peak so far has been Legion, an expansion that I feel finally saw Blizzard make enough changes to questing so that it made the jump from being acceptable to enjoyable. Each region got its own completely contained story arc to compel you forwards, each new hub a new set of secrets to discover, and it all blended seamlessly into the next adventure within its borders. 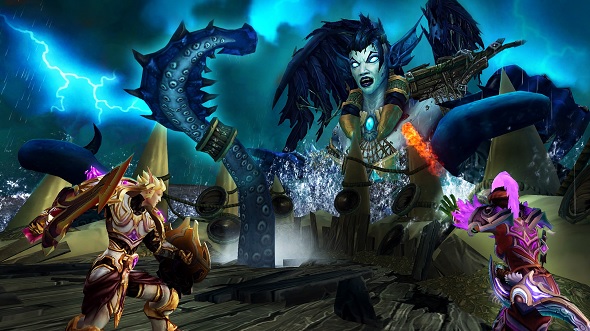 While Cataclysm revamped the one-to-60 levelling experience back in 2010, we are now further away from that expansion, in terms of the number of years passed, than it was from the game’s launch in 2004. When compared to the strides taken by Warlords and Legion, the climb through the old world feels tedious, only slightly more bearable than the more dated Burning Crusade. Over half of the content in the game is lagging behind. Fights are static; questlines lack the high stakes or wild diversity of the later game; and classes do not have the full range of tools for you to make the most of your adventuring.

For the first few dozen hours of play, then, a newcomer will not experience the improvements made to WoW with its expansions. The process has been streamlined since launch, sure – simply getting through these levels is faster than ever – but it is hardly a salve for grinding through a 14-year-old MMO. New abilities are drip-fed slowly and quests start to follow a predictable routine very quickly. In 2018, this really doesn’t cut it, particularly when higher-level players already invested in the game, who do not need convincing of its worth, get WoW at the best it has ever been. 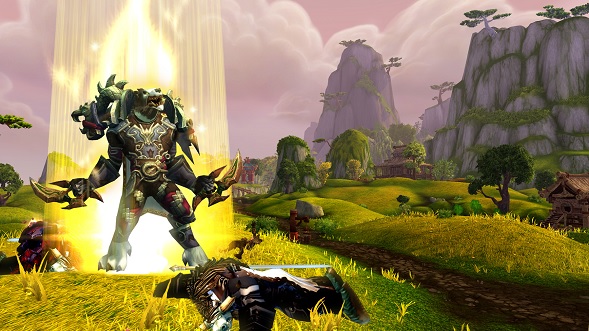 With patch 7.3.5, Blizzard have shown that they are invested in bringing the early game up to par with later levels. Legion-style level scaling was introduced to the rest of the world, fixing a common problem where players would level too fast for plotlines to keep up, and therefore destroying any reason to invest in questlines. On the Broken Isles, scaling helped the continent feel more open so you are free to explore at your own pace. Now, new adventurers have more freedom to choose where and when to quest, seeing a region’s story through to the end.

But imagine if level ten was more like level 110 – newcomers driven through Durotar or Dun Morogh with a real sense of purpose and curiosity. Setting an expectation early-on is vital, so these starting zones should be packed to the brim with hidden treasures, dangerous rare foes, and questlines that inspire completion. World of Warcraft is a game I have loved for a decade but it is hard to show anyone unfamiliar with it why that is. I would love for new players to get that understanding immediately, from their very first step.