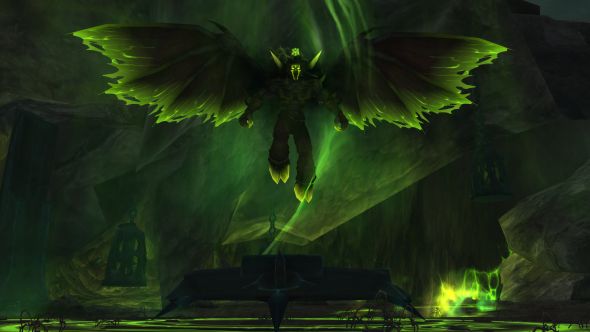 A scandal rocked the WoW community yesterday, as the competition to beat the game’s latest and greatest challenge led to a guild member getting kicked over a pretty dirty trick.

We spoke with some of WoW’s leading raiders about what it takes to raid at the highest level.

Method and Serenity are two leading World of Warcraft guilds, who distinguished themselves in the race to complete the Trial of Valor, WoW’s last raid. Thus the spotlight is on both of them to be the first guilds to complete WoW’s latest and greatest challenge: the Nighthold raid on Mythic difficulty, which was only released on Tuesday. Adding to the intrigue is the fact that Method and Serenity used to be the same guild, and split a little over a year ago amid rumours of bad blood.

Pressure causes people to do crazy things, and here it seems to have turned the head of Jadelolz, a member of Method.

In World of Warcraft, when you enter a raid with a group, that group is given a unique raid ID. This enables the game to track and save your progress through the raid over several sessions.

Working with a friend (Isabellab, who was not a member of Method), Jadelolz invited a “main raider” from Serenity into a group and then entered the Nighthold to associate themselves with Serenity’s raid ID. When the rest of Serenity tried to enter, they were kicked, because their ID was already in use. All Jadelolz and Isabellab had to do to block Serenity from making any progress was just stay logged in inside the raid – in the end, the job fell to Isabellab.

The incident has seen a frosty exchange on twitter, as members of Serenity bemoan the pettiness of the act.

Sad this is what things have resorted too, locked out of our instance for 2 hours because a salty person held the id hostage and hid inside

Method have disowned Jadelolz and his shenanigans, with founder and leaderScott ‘Sco’ McMillan saying “if this was jadelolz that griefed another guild then he did so without our blessing. Removed from guild until we know more after progress.” Method’s community manager Darrie says “Jade didn’t act as Method. He had his own agenda.”

It worked out in the end, with Blizzard’s admins teleporting Isabellab outside of the raid. Isabellab spoke with fan site Raiders Tavernand defended his actions, saying they were retaliation for an alleged attack on Method’s server, Tarren Mill. “Who was behind that, I don’t know. I don’t think it’s directly Serenity, but more than fan base of Serenity,” he says. “The downtime Serenity had was equal to the time lost for Method,” so in Isabellab’s view, blocking Serenity from raiding “did even out the race”.

Several other guilds have since caught up to Method and Serenity. As you can see on wowprogress, seven guilds (at time of writing) have beaten the first seven Nighthold Mythic bosses, and are now neck-and-neck trying to take down the eighth – Star Augur Etraeus.