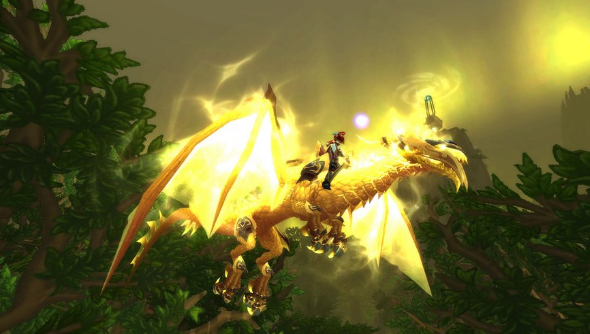 This week sees World of Warcraft patch up to version 6.2, and there’s a set of pretty drastic changes coming. Leading the charge is the ability to take up your flying mounts and soar through the lands of the Warlords of Draenor expansion, a zone previously limited to on-foot encounters. “While fun and efficient, [flying] undermines the sense of fun and danger,” explains Ion Hazzikostas, World of Warcraft’s game director. So what led to Blizzard deciding flying was cool?

When flying was introduced to World of Warcraft is was kind of a big deal. Finally the days of faffing around on foot were over, and those long journeys simply just flew by. But from a designer’s standpoint, flying is a spanner in the works. “[Flying] is great in terms of freedom of exploration and movement for players, but it also actually undermines a lot of the core gameplay of a game like World of Warcraft,” says Hazzikostas. A prisoner break-out quest goes from a daring raid on a castle, avoiding patrols and killing guards, to simply swooping to the building where the prisoner is, freeing them, and flapping away.

It’s for this reason Warlords of Draenor snipped flying mounts from its zones. But as time went on, it became clear to Blizzard this wasn’t the best idea. “People were previously fine with having gameplay largely on the ground, but once it started to sink in that they may never take to the skies with some of their hard-earned flying mounts that were their most prized possessions, that became fairly upsetting,” says Hazzikostas.

There had to be a solution; one that allowed players to soar with their precious mounts, but one that also meant that Warcraft’s gameplay was kept intact and kept players on the ground enough to appreciate the new world. The solution comes in the form of Pathfinder: an achievement that is awarded for fully exploring Warlord of Draenor, and that unlocks their flying mounts. “It retains the spirit of our design goals whilst allowing players to work towards the goal of gaining the ability to fly once they’ve experienced the content of Draenor from the ground,” says Hazzikostas. 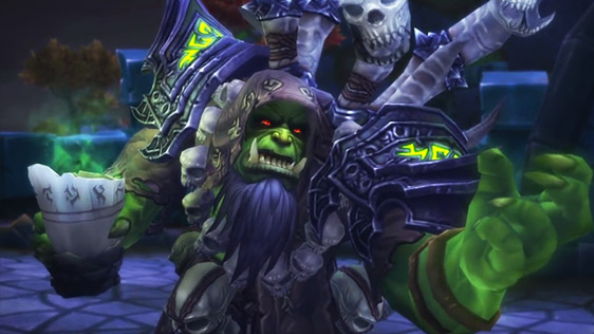 Being out there in the world exploring – be that in the sky or on the ground – is a big part of 6.2. Part of this emphasis has been born out of Draenor’s Garrison system, which is oddly solo-based for an MMO. “A lot of 6.2’s content is about getting players back into the world,” says Hazzikostas. “Things like professions, like crafting, which previously was driven by the Garrison system, and allowed players to be mostly self-sufficient through the use of their garrison buildings and missions, now requires players to go out into the jungle in order to make the most powerful new items.”

“We’ve hit a more traditional point of herbalists and miners gathering resources that they can then sell to blacksmiths and leatherworkers who are going to craft things with them. It’s something we’re trying to balance and make sure we’re not losing sight of what makes an MMO an MMO at its core: open world multiplayer interactions.”

Those interactions between players are getting a little TLC thanks to Timewalking, a new system that scales dungeons from older expansion packs for higher-level players. “One of the great things about WoW is this legacy of content. We’re finding ways to reinvigorate it and make that old content relevant again. We don’t view it as a replacement for the new content, but when we realised we could get this scaling tech it seemed like a really obvious application,” says Hazzikostas. Now a level 70 player can complete a Timewalker event dungeon alongside their level 40 friend, and still get loot rewards that are useful for their level. “It’s a small way of tearing down the barrier to playing with other people,” says Hazzikostas.

Players that have really embraced the Garrison system won’t be abandoned though. Patch 6.2 brings Shipyards to the mix, which – like Followers – lets you send boats out on missions across Azeroth. It’s solo content, but with a bigger sense of risk-reward. “Unlike followers, ships are more expendable by nature. You’re building them in your ship yard, but if you fail a mission you could permanently lose the ship you sent on it. You’ll have to build new ones to replace it,” explains Hazzikostas. “There’s more of a sense of danger and risk, but also higher reward and because there are fewer missions you’re doing on a regular basis. It’s all of the good aspects of [Followers] without the risk of tedium or repetitiveness. Players won’t be feeling like they have to check in constantly because their 30min mission is done.” 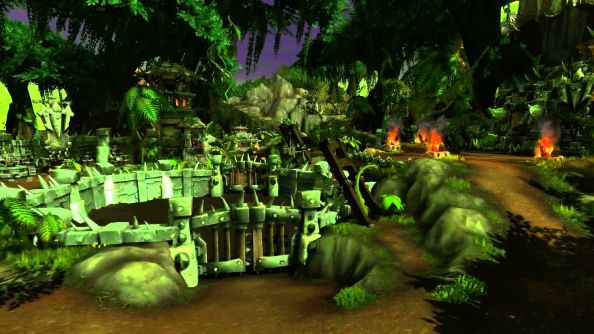 Blizzard have also been playing with Shipyards to make sure the chances of success work towards compelling gameplay. “Players will do a whole lot to avoid any chance of risk. If it were the difference between 96% success rate and 100% success rate, a player would do all kinds of inconvenient and time-consuming things to get that extra 4%, just to make 100% sure nothing bad can happen,” explains Hazzikostas. When it comes to lower figures though – say between 76% and 80% – players are less likely to invest time boosting their chances. Blizzard have capitalised on this for Shipyards, and made sure ship missions are more risky. “I think we’ll see players willing to roll the dice, and that adds another dimension to this system,” says Hazzikostas.

For all that comes with 6.2 though, Hazzikostas’ favourite component to champion is something rather traditional: a new raid. “Hellfire Citidel raid is one of the coolest raids we’ve ever done. It has something for everybody,” he says. “It has a mix of nostalgia hits for people who miss demon-orientated raids, there’s a few throw-back bosses in there, there’s really creative mechanics. Our art team really threw it out of the park, building this massive orcish citadel that has now been torn apart by demonic energies.”

World of Warcraft upgrades to version 6.2 this week.