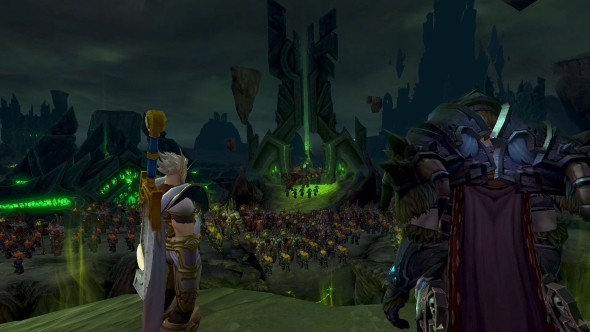 The WoW Legion expansion featured scaling zones that allowed veteran players to return to earlier zones of the expansion and still face a challenge. Blizzard have decided to apply this to the entirety of World of Warcraft, with all zones from the base game up to the present day featuring scaling enemies and rewards.

Everything we know so far about World of Warcraft: Battle for Azeroth.

It’s important to note that every zone doesn’t scale in the same way; level 100 players won’t return to their starting zone and face hard-as-nails foes. This would, afterall, undermine your progression. But all zones will scale within certain level parameters. For example, all of Outland and Northrend will scale between level 60 and 80.

Blizzard want the system in players’ hands as soon as possible, so instead of waiting for the Battle of Azeroth expansion, scaling zones will be gradually introduced starting in patch 7.3.5. That will hit PTR in just a few weeks, so your first taste of this will be here very soon.