Remember that guy who brought a spirit level onto a plane to prove the Earth is flat? He opened our eyes to the fact our world is actually an infinite plane, and not a rotating sphere spinning through an endless void.

Leave the boundaries of Earth with our list of the best space games. (We never went to the moon, by the way.)

The governments of the world have been hiding this terrible truth – roping in every pilot, sailor, teacher, scientist, astronaut, drone operator, and aeroplane passenger to keep the secret safe. The Earth is flat, satellites don’t exist, and don’t mind that round shadow on the moon or the fact that every other observed planet and star is round. Shut up. Here’s a meme. 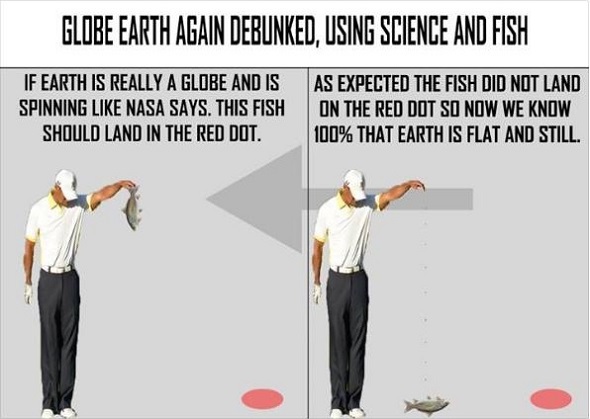 You’re probably wondering what the governments of the world (who can’t usually work together on anything) gain from keeping this truth from us. Obviously (duh) it allows them to keep the promised lands north of Antarctica, while also keeping us indoctrinated so we remain as wage slaves, maaaan. Wake up, sheeple.

Anyway, this person brought a spirit level onto a dragon to prove WoW’s Azeroth is flat. Well, they didn’t. They just flew to Durotar and Tirisfal Glades, both of which are at opposite ends of Azeroth, and they looked up at Argus, Azeroth’s evil twin floating in the sky. Here’s a (flat) map of the world.

As you can see in the images above, not only can you see Argus from both ends of the flat Earth, but you can also see the exact same view of the planet, so it’s flat too. This is why you’ve never seen a shadow on its face. Also, have you ever dropped a fish in Azeroth? Exactly.