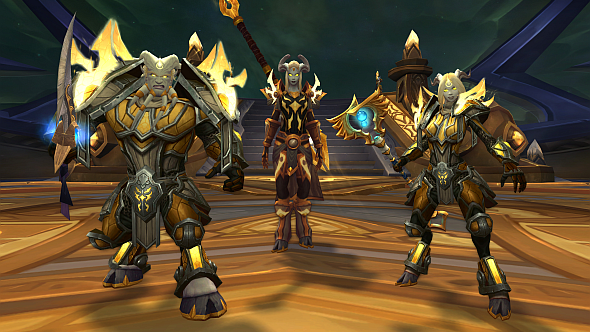 World of Warcraft’s forthcoming expansion, Battle for Azeroth, will remove First Aid – a profession that’s been in the game since its vanilla version in 2004, and has supported countless solo players through countless adventures.

Here’s everything else that’s going down in the Battle for Azeroth.

The news comes via the Warcraft developers’ Twitter feed, which implicitly confirmed its removal by saying allothercrafts will remain in the game, and that its recipes will be moved to Alchemy and Tailoring:

In Battle for Azeroth, any crafts you’ve learned in the past will still be there and not need to be re-learned, with the exception of First Aid. Tailoring and Alchemy crafts, bandages, and anti-venoms that used to be in First Aid will have to be re-learned. https://t.co/rd3ugV8Rqo

Fan site Icy Veins also spotted that many First Aid achievements have been moved to Legacy in the Battle for Azeroth Alpha.

First Aid enabled players to heal themselves or others, and to cure poison effects. It has been in World of Warcraft since its vanilla release in 2004, when it was very useful to heal a party between battles while saving mana or when playing solo, especially as classes that couldn’t self-heal. However, as this thread on the forums argues, it hasn’t kept pace with the game’s recent expansions.

Removing it from the game entirely rather than simply updating it is still a pretty drastic step, though. Even if its efficacy was limited, it was one of very few universally accessible self-healing options – it looks like Tailoring and Alchemy will now gain those abilities. Perhaps, with World of Warcraft Classic now confirmed, Blizzard feel emboldened to take the game even further away from its origins?