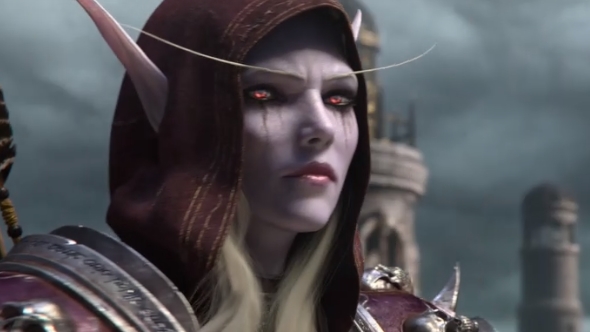 When it comes to videogames, the real MVPs are not your new sword of +1 demonbusting or a pair of particularly armoured boots, but the small things. World of Warcraft’s Legion expansion excelled at this, innovating in tiny ways that made it infinitely more enjoyable to explore and experience the world. The best of those – the Flight Master’s Whistle, Paragon reputation boxes, and utility Legendary powers – are probably going to return in some form with Battle of Azeroth.

“It seems likely,” game director Ion Hazzikostas says when we asked specifically about the Flight Master’s Whistle at BlizzCon 2017. For the unfamiliar, it’s a short cooldown item that takes you to the nearest fast-travel point – cutting travel times significantly.

“I think that’s one of the parts of the World Quests system that – you know we often think about the ratio of travel time to time spent doing content, and yeah, with a world quest, if you’re killing one Warden target, it might take you 20 seconds to get that done,” Hazzikostas says. “If you spent five minutes getting there just to fight for 20 seconds, and [then] another five minute run, you’re probably not having all that much fun at the end of the day.”

With World Quests being one of the most successful systems in Legion, and with them making their way back to the game with Battle for Azeroth, clearly the Flight Master’s Whistle is a necessity.

On the rewards side of things, Blizzard added an extra level of reputation – known as Paragon – around half way through Legion. It allowed you to keep getting rewards for doing World Quests long after you may have maxed out their normal benefits. They, too, are on the comeback board.

“That’s more just giving reputation and some general purpose through world quests. Once you’ve filled up that bar, and it’s exalted, we still have a map full of world quests. I think it makes sense [but] we haven’t 100% decided formally yet,” Hazzikostas explains. He’s also not positive whether they’ll introduce them at the beginning of the expansion or in a patch like with Legion – personally, I’d hope from the very beginning.

Finally, there’s the question of legendaries, specifically those that affect gameplay in a way that is more than pushing out bigger numbers. Some legendaries make it simpler to traverse the world, adding charges or longer durations to movement abilities. Derided in the current game as one of the flaws of the system – because the difference between getting one of these utility legendaries and one that actually increases damage can be massive – they’re likely to be some of the most missed once they’re taken away.

On a personal note, it would cut the manoeuvrability and speed of my Protection Warrior by around two thirds, due to losing two extra charges on an ability that has me leaping across the terrain. As I put it to Hazzikostas, I don’t want to play without that.

“So, I have bad news for you. The legendary that you have will lose effectiveness as you level towards 120. You’ll eventually replace them with more powerful gear. But effects like that, extra Heroic Leap charges, that’s totally a thing that could appear on a set of plate armour that you get as your warrior,” he tells me.

“There could be a tier of powers on a pair of shoulders or on a helm, that has that heroic leap trait matched up against some other utility bonus. And you’re choosing in that space as opposed to legendaries today where it often felt like, do you want utility or do you want just tons more damage? You want tons more damage and it’s not actually a very interesting choice.”