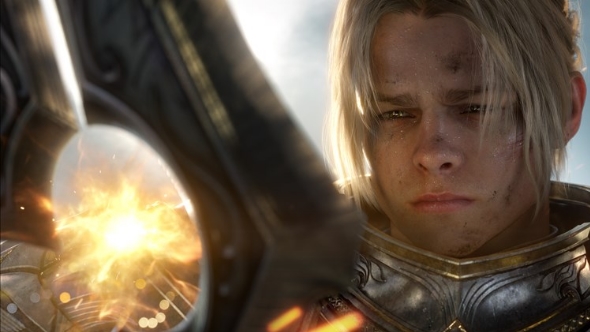 Update, January 30: Blizzard have pushed live pre-orders for WoW: Battle for Azeroth, and offered some details on what you’ll be getting.

With the beta servers going live last week, WoW: Battle for Azeroth is closer than ever. Today, Blizzard put pre-orders live for the expansion. As part of that, anyone that pre-orders has immediate access to the questlines that unlock Allied Races, one of the features of the new expansion, and the races themselves are available to play once those questlines are done. Collector’s Edition items are now also available, with two new mounts and a pet for WoW, as well as new items in all of their other games, as is tradition.

When does this mean the game is coming out? Here’s the latest on the Battle for Azeroth release date.

The standard edition is available for $49.99, and the purchase will include a level 110 character boost. Battle for Azeroth will launch “on or before September 21, 2018.”

All of this is available immediately because it was actually included in the 7.3.5 patch for WoW, but is only being enabled server side now. John Hight, production director on WoW, says the team wanted to avoid the normal regional update issues that meant the US got a head start on new content. Everyone, everywhere, gets to start recruiting immediately.

Those who have been playing Legion regularly will likely already have all the prerequisites unlocked for the Allied Races, which involve having Exalted reputations with factions from Legion’s storyline and finishing most of the major quests. The four Allied Races are Nightborne plus Highmountain Tauren for the Horde, and Void Elves plus Lightforged Draenei for the Alliance.

“For players who’ve been playing Argus since it came out, they probably have Exalted reputation with the Army of the Light and they’ve probably completed the campaign, which means those players are ready to begin the recruitment questline,” Ryan Shwayder, senior game designer, explains. “Each of the questlines after you’ve met those initial pre-requisites is really intended to be this connective storyline between Legion and why they’re joining one side or the other. Those questlines, it’s not gonna take you a tonne of time to actually do them once you’ve met the prerequisities.”

Part of the reason for the early release is so those that are coming back for Battle for Azeroth and haven’t been playing at max level can spend time unlocking these new races if they wish, and still have time to go through the 7.3.5 revamped levelling experience before Battle for Azeroth launches and they’re thrust into the 110-120 content.

This leaves an open question as to what the plan will be once the Legion endgame is no longer relevant. Once the world has moved on to Battle for Azeroth and whatever comes after, not many folks will want to go back and grind out the Nightborne questline and their Army of the Light reputation.

“We’ve definitely talked about what we want to do,” Shwayder says. “We don’t really have any details to share yet. But historically we tend to go back, like for example for the Suramar questlines and Insurrection and things like that, as well as the artifact campaigns – as time goes on, as we release more and more content, we’ll often try to relax restrictions and make things a little more enjoyable a little faster. Whether that ends up being the case for Allied Races remains to be seen, but of course we’re happy to get feedback.”

It’s also been implied that Allied Races is a system to be expanded on in future. We already know that Zandalari Trolls and Dark Iron Dwarves will be unlockable during the Battle for Azeroth storyline, and if the system proves popular – very likely – then more are possible. A number of new races have already been seen thanks to Battle for Azeroth beta datamining, and there are plenty of players who’d like to have a fox person as their next character.

Original story, January 25:World of Warcraft has a new expansion coming this year. A new WoW expansion typically offers some sort of collector’s edition, and now we’ve got a hint about what rewards the Battle for Azeroth CE will offer. Naturally, it starts with pets and mounts.

As reported by Wowhead, datamining has revealed three new rewards tied to the collector’s edition. The Alliance will get the Seabraid Stallion mount, the Horde will get the Gilded Ravasaur mount, and both factions will get the Tottle battle pet. All three offer related Feats of Strength.

The question that remains, of course, is when proper pre-order and release info for Battle for Azeroth will come, whether that be collector’s or standard editions. This datamined content suggests alpha testing will begin relatively soon, and we’d expect pre-orders to not be far off.

Blizzard have started to open up a bit more about Battle for Azeroth recently, detailing plans for class changes yesterday. They’ll be hosting a developer Q&A on Twitch on January 30, which should hopefully provide some more concrete info. You can submit questions either through the Battle.net forum thread or on Twitter with the hashtag #WarcraftQA, and they’ll answer those questions beginning Tuesday at 12:00 PT / 15:00 ET / 20:00 GMT.