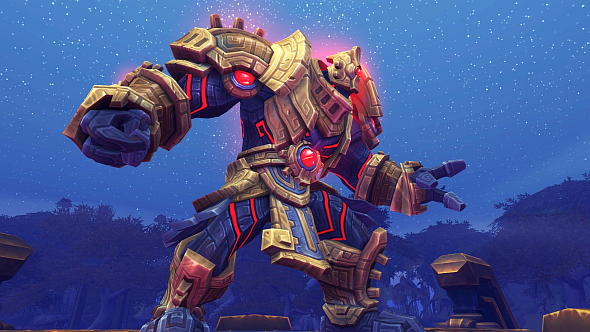 The Battle for Azeroth datamining continues, with some fresh story content now up on fan site Wowhead. Specifically, the latest build contains some quests that are part of the ‘Ready for War’ achievement, which is tied to the campaigns in Kul’Tiras and Zandalar, the new areas in the expansion.

The quests take the Horde into Kul’Tiras and the Alliance into Zandalar, to get a taste of the rival faction’s storyline. In the first, Alliance players will try to broker an alliance with the Blood Trolls – a primitive troll race found in Nazmir, a region of Zandalar.Much like the Vulpera, Blood Trolls now have an intriguingly thorough range of animations, including some class-specific combat effects. It’s pretty doubtful they’ll ever be playable, though.

The second quest line sees the Dark Iron Dwarves – a new allied race affiliated with the Horde – land in Zuldazar harbour on Kul’Tiras. They’re in search for a powerful relic, after which they go for a bit of goblin extermination. For more details, check out WoWHead’s post.