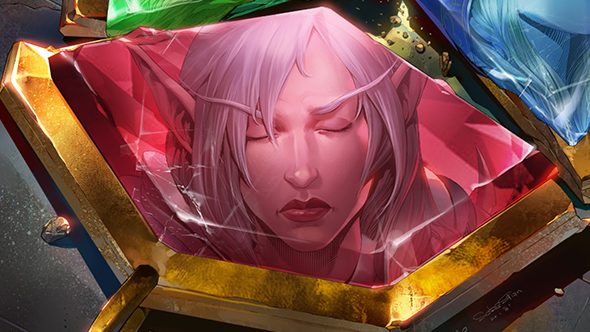 The Windrunners are finally reuniting in time for World of Warcraft: Battle for Azeroth, with Three Sisters set to bring Sylvanas, Alleria, and Vereesa together in the third – and final – comic previewing the story for the upcoming expansion.

WoW lead narrative designer Steve Danuser came up with the plot, which was then scripted by Blizzard senior writers Christie Golden and Andrew Robinson. The story shows the three sisters preparing to reunite as each remains uncertain about whether their wildly different lives will prove too much for their family bonds to hold together. All of that sets the stage for their role in Battle for Azeroth.

These are the best MMOs on PC.

“For Alleria,” Danuser says, “she decides that in order to save her son, in order to preserve her family, she has to fight a war, no matter how long it takes or what the cost. For Vereesa, she loses her husband Rhonin when the Horde attacks Theramore, and dedicates herself to making sure there’s a better world for her twin sons. As for Sylvanas – I think she’s had to redefine, more than anyone, what family means to her.”

“I’d originally written a pitch for a short story that was going to be about these three sisters, with a section on each one of them from their points of view as they come together,” Danuser says. “But then we thought, instead of doing this as a short story or trying to make it work in the context of the game, what if this was the basis for a comic? So Christie took that idea next, and really started to make it come to life.” 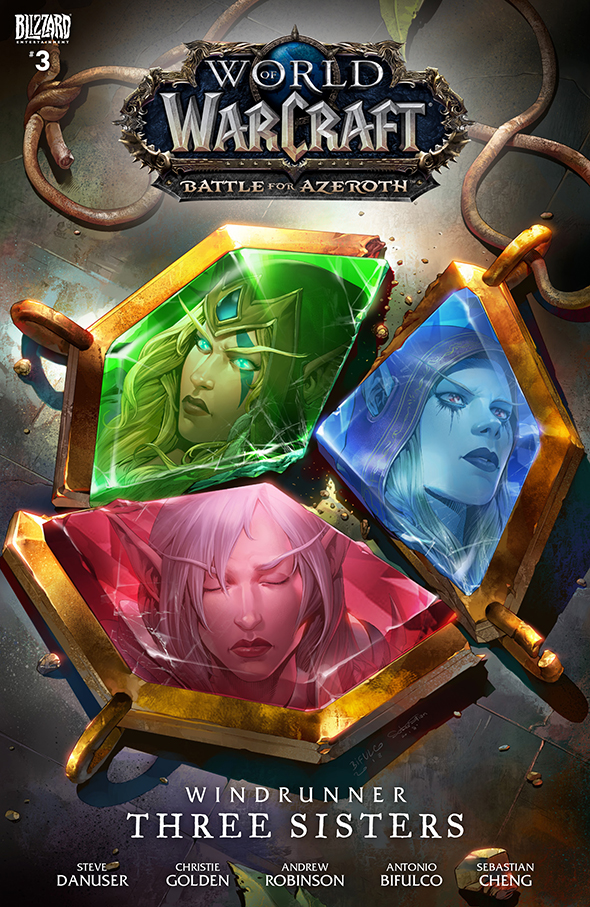 Of course, Christie Golden has had plenty of experience telling stories in the Warcraft universe, including some time with the Windrunners.

“I worked with Vereesa and Sylvanas a lot in War Crimes, so I was able to bring in a lot of callbacks to that in this comic – which in turn were callbacks to the game. One my personal favourite Horde quests, which I know other people love too, is The Lady’s Necklace. It’s such a sad, beautiful story. So I thought, what if their mother made a necklace with three gems and gave that to Alleria? And then Alleria gave them all a locket containing one of those gems?

“That element ended up in War Crimes, and that’s what brings Vereesa and Sylvanas together. Now, finally, we have a chance to bring all three of them together. The necklaces play an important symbolic role.” 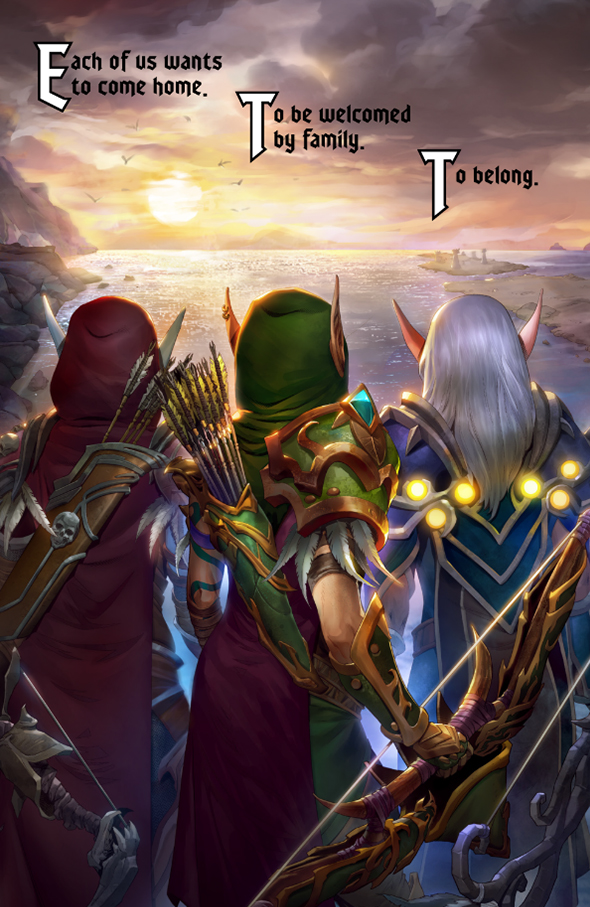 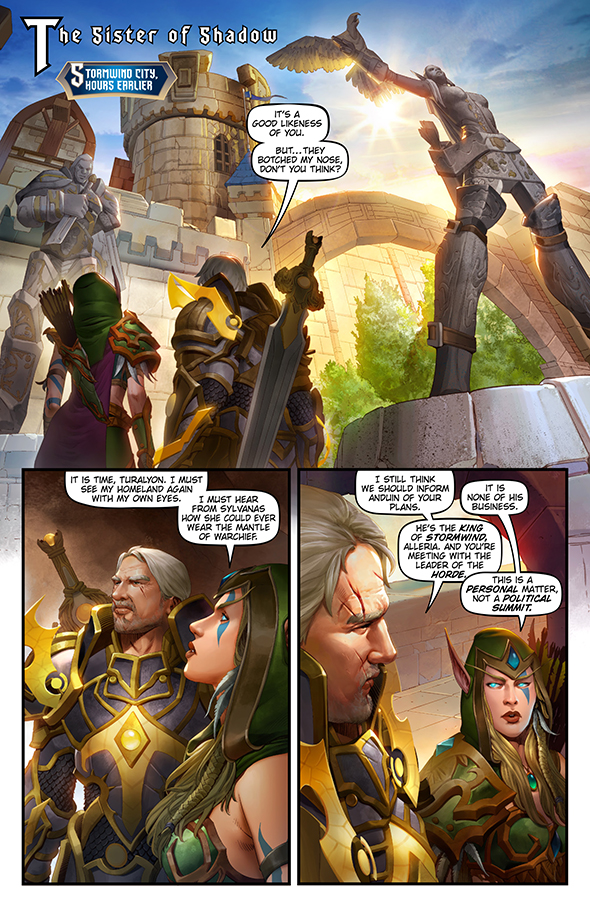 We’re also going to get a much closer look at these characters than ever before, with a new perspective on what defines them – like with the voices that accompany Alleria.

“Arator is an anchor of sorts for Alleria because, as we show in the comic, she’s touched the Shadow; she’s touched the Void,” Danuser says. “In-game, she tells people about how ‘the voices’ are always there, even though when she’s talking with people, she appears totally under control. But in the comic, there are panels that are literally filled with voices saying, ‘Kill them! Kill them! Murder them! Free yourself!’” 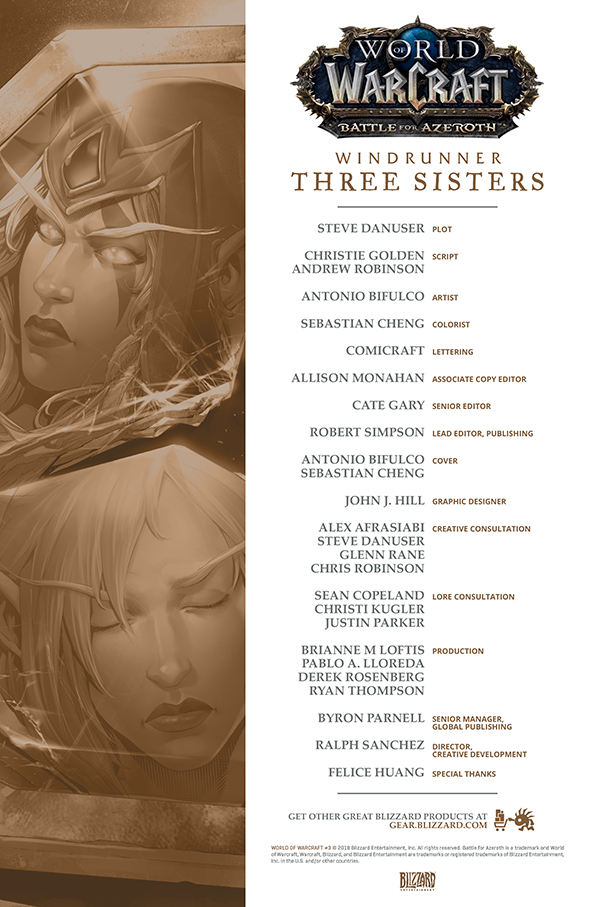 World of Warcraft: Battle for Azeroth’s release date is fast approaching, and an opportunity to check in with the Windrunners should make the remaining wait a bit easier to bear.