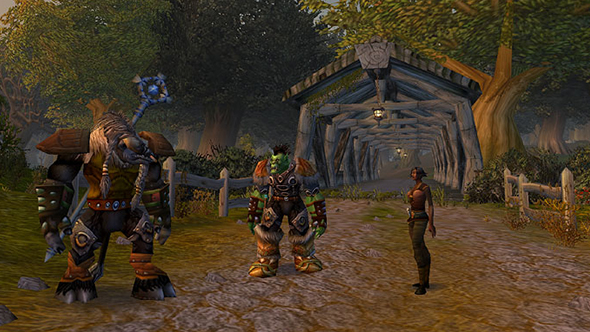 Update November 7, 2017: a job to work on Blizzard’s revival of Classic WoW – apparently the project’s first – has just been posted to their website.

This tallies with WoW director Ion Hazzikostas’s suggestion that Blizzard are very much at the beginning of this process, so don’t expect a release any time soon.

Find out everything we know about Battle for Azeroth, the next WoW expansion.

The new job post can be found here. It was only posted today and is the only role on Classic WoW being advertised so far, despite Hazzikostas’s comments that several positions would open during BlizzCon (below).

It’s an engineering role, and will help Blizzard revive the 2004 experience from a systems, databases, and UI perspective. Long-term experience with World of Warcraft and lots of programming skill are, obviously, required.

Original story November 4, 2017:Blizzard finally did it. They finally announced official legacy servers for WoW withWorld of Warcraft Classic. But beyond a cinematic trailer, they didn’t have much to say about what shape these vanilla servers would take, or when the option would launch. It seems we’ll be waiting some time for that kind of info.

WoW game director Ion Hazzikostas says “we wanted to let the community know that we’ve heard them. This is something that we are beginning to work towards, we’re going to hire towards it, if you look at our jobs postings you’ll see some positions. This will be a small, separate group that’s focused on this, so it doesn’t detract from the development of Battle For Azeroth and other core WoW content.

“Beyond that,” says Hazzikostas, “we’re excited to be doing it, there’ll be a lot more to announce in the future, we’re looking forward to a dialogue with the community to understand what direction to take. People have different visions of what the Classic experience entails and we want to work with them to figure it out. That’s all in the future.”

The most vocal parts of the community clamoring for vanilla servers are nostalgic for old-school WoW, but there are certainly other segments of the audience looking to check it out. “There’s a wide range, right? There’s a vocal group of folks in the community who actively want this experience. Certainly, we aim to deliver that for them. I’m sure there’ll be plenty of people who never played the original who’d be curious to see what it’s like, but we’ll see how that develops.”