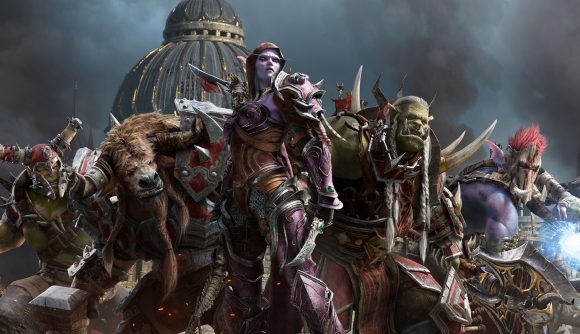 November 29, 2018 The English Azeroth Compiled Map buckled under the weight of the traffic we sent toward it last night (oops!), but should now be back up for your persual.

By the time you’ve cobbled together all of its islands, cities, and dungeons, World of Warcraft is a pretty big place. Even a veteran player can lose their way from time to time, and the sheer scale of Blizzard’s MMO can make it an alarming prospect for new arrivals. Fortunately, someone has put together a handy tool to help you find your way around.

The Azeroth Compiled Map puts the entire world of the MMO into a UI very similar to that of Google Maps. Sadly, there’s no directions tool, so it can’t tell you how to get where you want to go, but there are a few other helpful features built in. One of those is a button which shows you exactly where you can enter every dungeon and raid in the game.

Another is the ability to switch between the current version of the map and the version as it appeared before Battle for Azeroth. At the touch of a button, you can return Teldrassil to its former glory, the way it was before Sylvanas and the Horde literally burned it to the ground.

As well as being a useful companion to Azeroth, the map also looks very pretty. None of the original map’s style has been lost in the move towards Google Maps, and there’s even the ability to switch between Azeroth, Draenor, Argus, and Outland as you see fit.

The Azeroth Compiled Map (you can find the English version here) echoes 2012 project World of Mapcraft, so particularly enthusiastic cartographers can also pore over that. And if you’re itching for even more Warcraft, Blizzard is reportedly working on a mobile visit to Azeroth that’s similar to Pokémon Go. How that will work is anybody’s guess, but I’m intrigued to see what Blizzard comes up with.