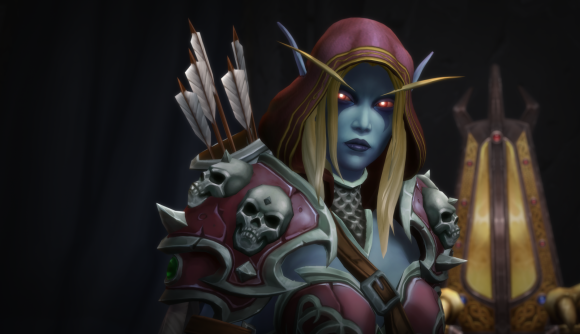 Tinder is a dating app best known for letting you make, uh, short-term connections. World of Warcraft guild recruiters are now also making use of the app to bring in new members – though it seems this may not entirely be keeping with Tinder’s rules. Nonetheless, it sounds like tough times for recruitment since Battle for Azeroth launched.

A screencap of that account hit Reddit yesterday, showing a profile that says “We are recruiting mythic raiders for the next raid tier. Sorry in advance if you were trying to get dick down and all you got was a World of Warcraft recruitment message.” A user called Leathyl copped to being the guild GM who created profile shortly afterward, and we got in touch for some more detail.

“Recruiting has been tough since they completely got rid of great guild perks,” Leathyl tells us. “No one has any loyalty to a guild anymore and the only thing people care about is gear. I have a great core of players but keeping the other stragglers around has been tough.”

The Tinder experiment didn’t get much chance to succeed – Leathyl says the profile was only live for three hours before it got banned – but it’s not the first time somebody’s attempted it. A blog post from Leathyl’s guild points back to a 2017 PC Gamer article about another Tinder recruitment drive. That one stuck around for a while, but it sounds like the folks behind the app have gotten wise that guild recruiters aren’t really looking for love.

Recruit yourself: Get into one of the best MMORPGs on PC

“Normal recruitment is spamming trade chat or perusing forums and WoWProgress,” Leathyl says, adding that “it’s honestly a huge hassle.” While Tinder may not have worked out, the comical interest it’s driven may mean more creative recruitment tricks. “There have not been any other off the wall attempts, but I sure plan to think of more now.”