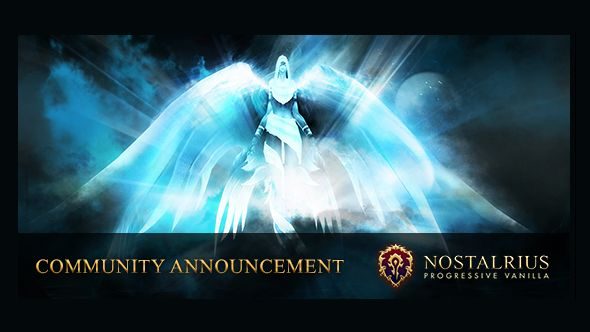 Well. That’s a turn-up. Nostalrius, you may remember, ran the largest private World of Warcraft legacy server – keeping the original version of the game from 2005, patching it as they went. Blizzard shut them down, causing a storm of controversy, discussion and actual movement on the matter of official legacy servers. A few months later, not seeing the progress they wanted, Nostalrius gave their source code and character data to Elysium, another private server organiser. Now, after those servers have seen massive success and influx of users, Nostalrius are asking Elysium to delete the data they gave them and asking the community to unite in their desire for legacy servers.

For the current state of World of Warcraft, here’s everything that happened in WoW patch 7.1.5.

It’s quite an odd series of events. Nostalrius posted the announcement on their forums over the weekend, saying that “only 10% of the former Nostalrius players have generated a token to join Elysium, and we believe that we failed to satisfy this community entirely.” They also mention that they feel the move to Elysium has had a detrimental effect on the standing of legacy servers and those who use them, making them seem like “pirates.”

Nostalrius go on to explain that they believe no longer supporting unofficial servers is the best step towards legacy server production from Blizzard themselves, stating simply “Nostalrius community is no longer about private servers, it is about official legacy realms.” They say they have plans in motion to continue the push for official servers, and want the WoW community to unite behind it.

The Nostalrius community, it seems, disagrees. A quick scroll through the replies will show you as much, swinging between simple insults and explanations that more people would have transferred had the token system for doing so worked better. Elysium’s response contradicts Nostalrius’ numbers, saying that over 50% of accounts were transferred.

Elysium also says that they have been developing their own “core” – the base part of the game – and will replace Nostalrius’ in a couple of weeks. They will also delete all the data that has not yet been claimed. In other words: characters that didn’t make the jump will be removed, but any that have been transferred and played on will be kept. The rest of their post is mostly focused around trying to get the legacy server community to stop being quite so aggro towards Blizzard and others.

While Elysium’s response has been taken well, Nostalrius has been accused of everything from being in Blizzard’s pocket financially to bowing to additional legal pressure. The timing of the announcement, as well as it being a total 180 on what they did just a couple of months ago, is very curious. Unless members of the Nostalrius team decide to speak more publicly about it, we may never know exactly what triggered this decision.