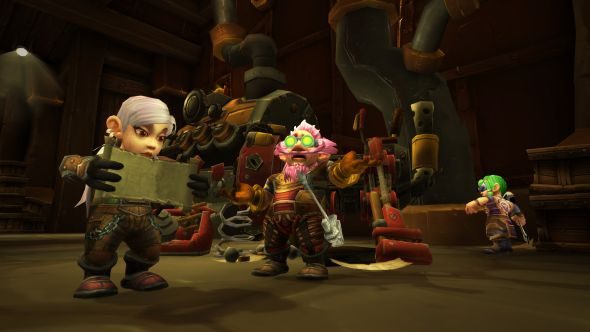 WoW patch 7.1.5 is due just about any minute now on US realms, while EU will be live in less than 24 hours. Normally patch notes are posted the evening before with a full rundown of everything that’s changed. 7.1.5’s were full of errors and omissions that the team then spent several hours fixing. As you can imagine, the community isn’t pleased after what has already been a rocky testing cycle, but Blizzard say these were the final teething problems of patch notes becoming “much better” in future.

After this, WoW patch 7.2 will be next and should enter testing soon.

7.1.5 effectively redesigns several class specs and heavily alters the balance of the game – just two weeks before the new raid, The Nighthold, becomes the latest progression race for the game’s hardcore players. Throughout the testing period, 7.1.5 has been controversial for its heavy nerfs and big redesigns, and the final version of the PTR was quite different to what launched.

That was compounded by the patch notes being simply incomplete. Protection Paladins didn’t have a single change listed, despite having some on the last version of the PTR. Various changes were missing completely, Feral Druids doubling in size from the first version to the now-updated notes on the official site. Changes were also summarised as “most spells have had damage increased,” leading to confusion and complaints from players. Here’s one Redditor pointing out that some spells listed weren’t even for their class.

In response, community manager Josh Allen, as well as the official WarcraftDevs Twitter account, said that they were being worked on.

Working as hard and quickly as we can to get the patch notes corrected. Sorry.

Seven hours later the patch notes were still under scrutiny, at 9pm local time in California. Shortly after that, Allen tweeted the following:

We generally don't make promises but I can 100% promise this will not happen again.

This, plus an earlier tweet saying that “part of the issue is due to some team restructuring which means future patch notes will be MUCH better”, suggests that a new system will be in place for 7.2. He also specifically mentioned PTR notes, hopefully meaning that balance changes will be detailed in a written down form rather than having to be datamined by the community during testing periods.

There’s a Q&A about patch 7.1.5 scheduled for later this week. While it’s not to be focused on class questions, doubtless Blizzard will take the opportunity to say something.