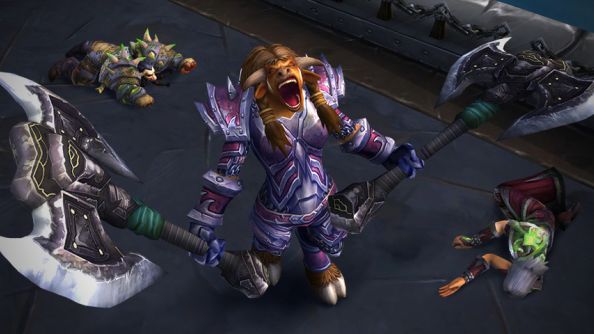 Update November 18, 2016: People who have excessively abused the WoW artifact power exploit are in for a punishment from Blizzard.

Blizzard have announced that they will be removing the AP earned by the worst offenders, rendering their time spent performing the exploit a complete waste. Reddit is afire with chat about the move and reactions are as positive as you’d expect, with the sentiment very much being a collective, guttural laugh.

For what’s coming next in World of Warcraft, here’s a quick summary of WoW patch 7.1.5.

We'll be removing the AP earned from those who excessively abused this exploit. https://t.co/9Ga44e87Ud

Original Story November 18, 2016: WoW has long had exploits that less scrupulous players have benefited from. When you’ve got that number of interlocking systems, bugs are going to happen and some of them will lead to player upgrades. Legion is no different, a combination of recent hotfixes and constantly rolling content patches meaning that over the past week a quest became repeatable, letting players who noticed and were willing to risk punishment endlessly repeat it for large amounts of artifact power, the catch-all reward of the expansion that unlocks new abilities and upgrades stats. Blizzard promptly banned anyone who had obviously known what they were doing – but hasn’t removed the rewards they got. The upshot is that players willing to cheat have been rewarded with weeks worth goodies for the slap on the wrist of a single day off.

Game director Ion Hazzikostas announced that action was being taken against the exploiters in a forum post yesterday. This lead to an evening of no raid nights for several top-tier guilds as their well-informed but not-so-honest members took an evening off. However, those players have now begun to come back online, as noted on Reddit and later in that thread, meaning the bans were short at best.

More annoying for players is the lack of real punishment, however. All that farmed artifact power – here’s one person who got 1.4 million, while others are claiming as high as 2 million – is still there. For reference, a couple of hours of play may get you a hundred thousand AP if you’re particularly efficient. Even the most hardcore raiders and dungeon grinders aren’t getting a million in less than a week. One raid night off and 24 hours of playing something else is well worth it to jump this far ahead of the average player, particularly with the world first race still on for the latest dungeon, Mythic Trials of Valor.

Moreover, it’s the latest in a decade-long series of player power exploits going effectively unpunished. This comment thread details stories going back to The Burning Crusade expansion of players gathering large amounts of gold or other resources and, when the bugs were fixed, receiving little or no actual punishment. Another thread talks about various game-breakers that have popped up just in Legion’s lifecycle, getting one player enough gold to play WoW for a year, and sell the rest to gold farmers for enough to buy a new graphics card. Indeed, Hazzikostas’ initial reply was to a poster who expected nothing to happen in the artifact power case, as it so often has in the past – not even the 24 hour bans.

Players aren’t happy, understandably. Not only are folks who didn’t know about the exploit behind, but those who did and decided it wasn’t worth the risk feel stupid. Those people are now more likely to exploit in the future, with several in that thread alone saying they’ll be exploiting in future now, at least until one of these groups is made an example of with permanent bans or harsh punishment. Hopefully, Blizzard take note of the complaints this time and issue a more reasonable response.