World of Warcraft’s patch 7.3.5 update did not go as smoothly as fans of the game are used to. Laggy servers, buggy areas, accidental difficulty spikes, and controversial decisions all contributed to a little more anger and a little less jubilation than a WoW patch normally generates in the community. Blizzard are sorry about it, but say it was vital work to make the expansion, Battle for Azeroth, as good as possible.

Need to get caught up on everything new coming to WoW? Here’s everything we know about Battle for Azeroth.

“We touched every part of the game. As you can well imagine, World of Warcraft is an immense game in terms of complexity. That doesn’t excuse any degree of instability but it does present a challenge when going back and testing areas,” production director John Hight says of the difficult launch of 7.3.5. “And there is nothing like a live community going in, playing a game, doing lots of things that it would be hard for us to even to anticipate, to teach us right away where we might have issues. 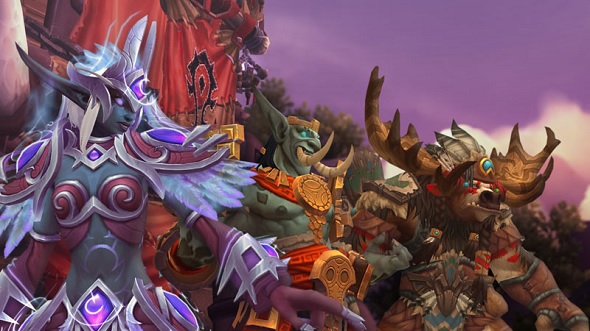 “We approach stability of the game in two ways. One is to do a thorough job as possible in testing, in anticipating, and we go through a pretty rigorous QA process on the game. Then we also realise that inevitably, in a game of this size, there’s going to be a certain number of what we call escapes – things we did not detect during our testing.

“We maintain a 24/7 live operations service. We monitor through our community and customer service what we call voice of the players. So when we see an issue begin to escalate, when we get more than a half dozen reports or so, we’ll start looking into it, try to address it right away, be ready with whatever we think the appropriate solution is – be it an update to client data or something on the server side, what we call hotfixes, and we also want to make sure those fixes don’t in turn create further problems for us.”

This came into play with 7.3.5 – while the first day was quite painful, particularly for North American players, a short maintenance shortly afterwards fixed many problems. 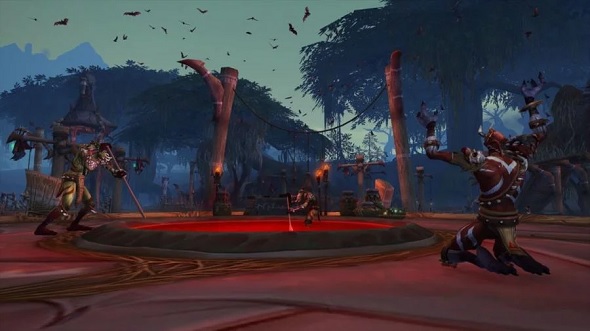 “I’m pretty proud of the way our team was very responsive, they worked tirelessly to hit all of those issues,” Hight says. “When you think about the fact that we literally impacted every single aspect of the game with 7.3.5, even though it was from a content standpoint a relatively small patch, under the hood it was a pretty significant one. It sets the stage for everything that we’re doing in Allied Races, creating the foundation for what we’re doing in 8.0.

“Certainly apologies to the community for a little bit of a bumpy start with that, I hope everyone is having a great time now with it, and rest assured that the things that we did are going to make things really fun for them both in levelling and when BFA comes out.”

Tied into all this were the changes to Recruit A Friendthat were implemented last week. In nerfing the experience gained from RAF, Blizzard made levelling with a friend less of a race to the finish line, and more of an actual RPG. However, it also impacted those who used RAF as a quick way to level characters without having to drop money on a character boost. As you can imagine, that made the changes quite controversial. 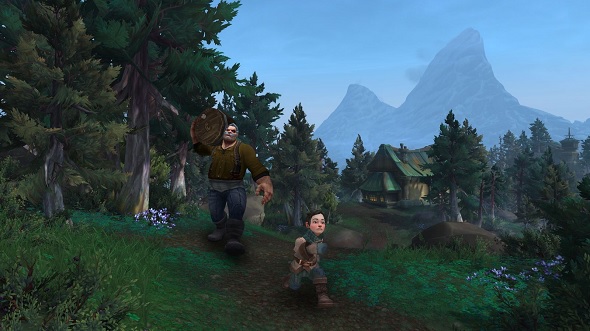 “It’s a discussion, y’know. This is one of those things that’s really tough because we had, through the course of time, the whole levelling process had gotten so out of whack,” Hight says. “It wasn’t really a challenge or discovery, people are zipping through content or jumping into a dungeon and the gear that they were getting at the beginning of the dungeon was completely worthless by the time they hit the end of it. Literally out levelling zones before they had the opportunity to complete questlines. We just don’t consider that a fun experience and we wanted to make sure that we address that.

“The Recruit a Friend bonuses were a large contributor to that, so we decided that the best thing was to settle on what we thought was a reasonable bonus that you could have either through Recruit a Friend or through [heirlooms]. We’ve done a lot of levelling ourselves, QA here at Blizzard has done a lot of levelling and it seemed to be pretty smooth progression. Obviously, we’re gonna be sensitive to how the player community experiences it.”