World of Warcraft’s most difficult secret was started by a girl who wanted to immortalise her cat – and solved this month by a man who didn’t even play the game.

Amara Strande had barely started high school in 2017 when she was diagnosed with Fibrolamellar Hepatocellular Carcinoma, a rare form of liver cancer. The five-year survival rate for the disease is just ten percent. When the Make-A-Wish foundation reached out to the Minnesota teen to ask whether there was anything it could do, she knew just what she wanted. Strande, now 18, is interested in composing, and loves World of Warcraft. She wanted to go to Blizzard Entertainment, she told the foundation, and write a song for the game with the composers there. The composers, Glenn Stafford and Derek Duke, confirmed the story.

“I am not only a huge fan of WoW, but fascinated with the art, science, and ingenuity behind it,” Strande tells us in an interview this month. “I am very interested in this line of work, and I wanted to see first-hand if this is something I would like. It was the song I wrote that sparked the secret.”

The song she wrote with Stafford and Duke is Amara’s Wish, a lovely little phrase that you can hear in-game – if you solve Amara’s secret. Jeremy Feasel, Blizzard’s sometimes-twisted maestro of in-game puzzles, worked with Strande to create a hugely difficult sequence that centred on the music and offered the composition as part of the reward for its solution. The other reward, and a big part of how the secret unfolded, was based on her cat – now available, as a chunky little kitty named Jenafur, to all who solve the puzzle as an in-game pet. 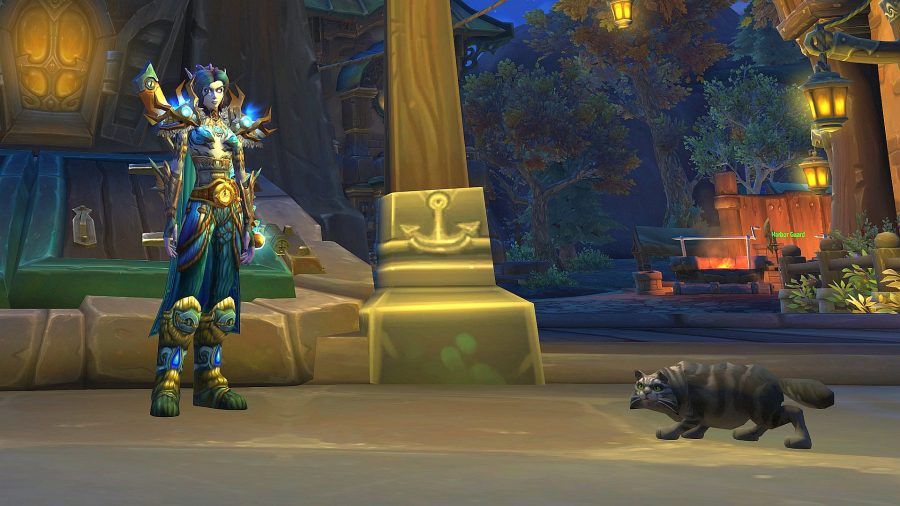 “Jeremy and I brainstormed for about two hours on how to incorporate my song as not only part of the reward, but the solution too,” Strande says. “I chose the location Return to Karazhan [a WoW dungeon] because of the musical elements and because I simply love it. When Jeremy told me he was thinking of having a battle pet as the reward, I was reluctant at first because I don’t pet-battle. But then it came to me: I could immortalise my cat! So Jenafur was my idea. She’s based on my real cat Jenny. You can hear my song in its entirety once the puzzle is solved. Jenafur also has a rare chance upon summon to play a shortened version, too.”

This secret and the people involved pushed me to keep fighting. It gave me life during a time I felt hopeless

Secrets are hardcore puzzles that Blizzard puts into World of Warcraft. Recent secrets have required figuring out the location of dozens of dun-colored, extremely ordinary pebbles around the world which had to be clicked in a particular order. Others have involved finding and reading clues, solving nearly endless mazes, playing a variety of in-game puzzle games and, almost always, traveling the length and breadth of Azeroth. Feasel and his team have been at the controls for most of them, and these days, a new one tends to drop every patch or so. They typically award mounts, pets, titles, and cosmetic items. 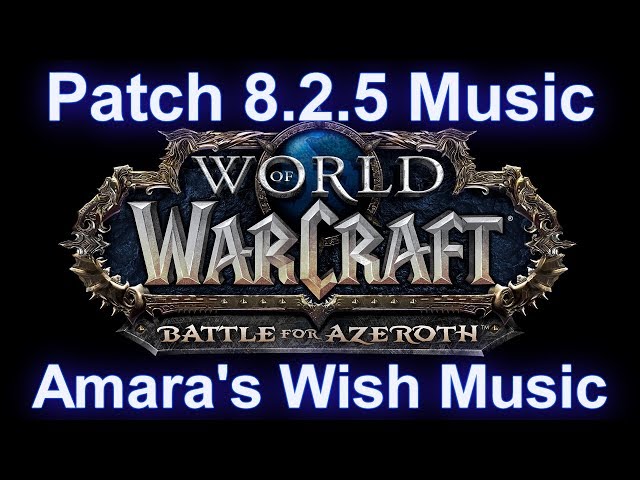 Solving these puzzles has become the pastime of millions of Warcraft players, spawning a Secret Finding Discord server in late 2016 where about 160,000 members do nothing but solve the next series of riddles. It’s the largest Warcraft Discord server in existence, run by a dedicated volunteer staff. In September of last year, the equivalent of the Batsignal went up.

“Before every game patch, various data mining is done to uncover information about what will be included in said patch,” Super, administrator of the Secret Finding Discord, explains. “Taking a look through the datamined info for patch 8.2.5, we noticed that new NPCs and objects were added into old zones – this is often an indication of a new secret. When the patch dropped, a new NPC was quickly discovered, and it was confirmed a new secret was in the game.”

The SFD cranked up to full speed, with members attempting to figure out exactly what the new character meant and what they should do next. Talking to the night elf triggered a line of dialogue, in which you promise to keep an eye out for her lost cat. That part was relatively easy, once a SFD member found the elf. Even the next steps weren’t hard. But then progress ground to a halt. 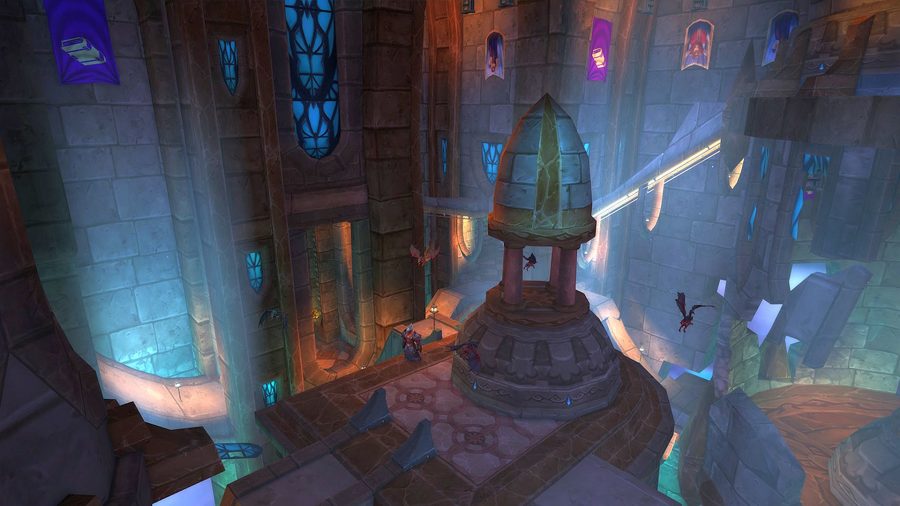 “This was, by far, the longest secret to remain unsolved,” Super says. “This was due to multiple reasons – for example, the lack of puzzle feedback, or it being impossible to brute force, with a near-infinite amount of possible combinations. After discovering and interacting with the NPC, a cat food bowl magically appeared on the other side of Azeroth, next to two small pieces of cat food, or kibble, on the floor. Drawing a line through the two kibble pieces and extending it caused it to overlap a dungeon known as Karazhan. This is where the final step of the puzzle took place. The first steps took around an hour to uncover. The latter took just under 12 months to solve.”

When Asmongold, Taliesin, or Evitel, talked about me in videos, I was star-struck. When people created fan art, it brought me to tears

Strande was there to watch as SFD members and other players tried hundreds of solutions and posted thousands of messages, trying to figure out what to do next. Clearly the cat was hungry. Dozens of new, interactable food items were placed throughout the dungeon. They found out about the existence of Amara’s Wish, and figured the music might have something to do with the answers. But actually getting to the solution proved to be ridiculously difficult.

“I wanted a really hard puzzle,” Strande says. “To be honest, watching the community struggle over Jenafur at times was hilarious. Often my family and I would gather in the living room, and I would read the best posts, quotes, theories, and memes of the day, and then we would just die laughing. Every time someone like [streamers] Asmongold, or Taliesin and Evitel, talked about me live or in a video, I would watch star-struck. When people created fan art, it brought me to tears.” 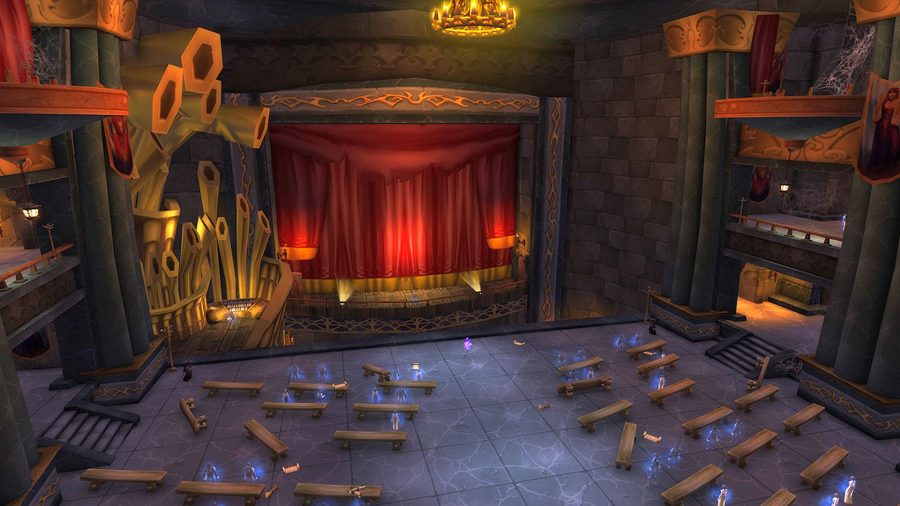 Gradually, she began to release hints on the SFD, but only when it was obvious things had gotten stuck. When she ran out of ideas, she asked the developers for help, and together they settled on an idea: two final, significant hints. But only if the community could raise attention – and funding – for research on her cancer. Within days, the GoFundMe she created for Rockefeller University’s research reached the first milestone of $5,000, and so earlier this month, she posted the first of the two clues:

“The solution itself was an amalgamation of a bunch of old theories that had not worked out,” Super explains. “Some of these old theories were actually incredibly close to the actual solution, and it just needed a fresh pair of eyes to piece everything together.” 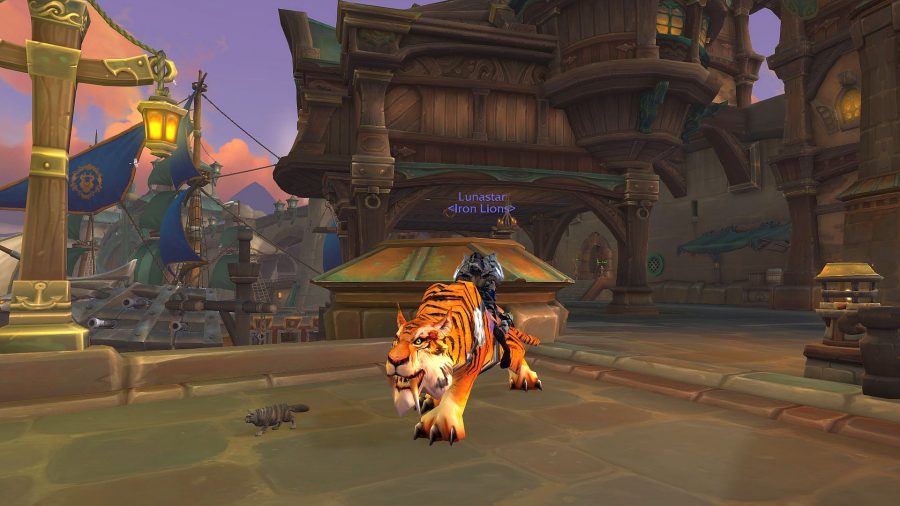 Those fresh eyes came in the form of a guy named Paul, who didn’t even play Warcraft.

“Hey there, I’m Paul,” he says in his solution document. “I’m not a WoW player, in fact I don’t play many video games at all these days, but I am into puzzle-solving. A friend of mine had been telling me off and on all about the difficulties the WoW community has had with this puzzle, and convinced me to take a crack at it. I think you’ll be pleased with what I’ve put together here.”

Read more: With Exile’s Reach, WoW has never been easier to start

The document goes through all the steps he took to figure out the last pieces of the puzzle, which were a pretty darned interesting combination of music, architecture, and kitty treats. And just like that, the mental battles that had lasted for more than a year were over. Strande’s second clue, timed to $10,000 in donations, wasn’t even needed – though her fundraiser is still on its way there.

For her, the secret’s solution is bittersweet. 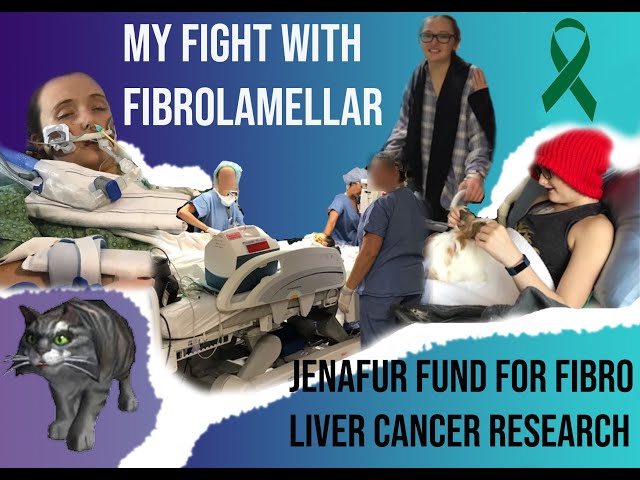 “I am sad because it’s been an amazing experience. When I chose to go to Blizzard for my Make-A-Wish, I never imagined any of this. The Jenafur puzzle gave me the opportunity to meet and interact with people from all over the world,” she says. “At the time, I was very sick, wasn’t going to school, and had very little social interaction. This secret and the people involved pushed me to keep fighting. It gave me life during a time I felt hopeless.

“Why am I not sad? Because I really wanted Jenafur to be solved and my message for pediatric, young adult, and Fibrolamellar cancers to be heard. I am also ready to move on. I have healed and grown so much over the last year. For the first time in years, I feel healthy, strong, and full of energy. I want to go out and live the life I put on hold. There is no cure for my cancer, and I live with the fact that it can always come back. But despite being chronically ill, I want to live beyond it. With Jenafur now solved, I feel as though a chapter of my life has ended and a new one has just begun. I am so excited to see what’s next.”