While most of the Alliance is busy exploring a somewhat retro version of Stormwind City in WoW Classic, one fan has been considering a more up-to-date version of the human capital. In their most recent video, YouTuber Daniel L has recreated the Alliance stronghold in Unreal Engine 4.

The fly-through video (which you can check out for yourself further down this article) opens on Daniel L’s take on the Valley of Heroes, with Alleria Windrunner, Archmage Khadgar, Kurdran Wildhammer, Danath Trollbane, and General Turalyon looking out over Stormwind. In the distance, the towering spire of the Cathedral of Light can be seen.

From there, the video takes a more microscopic view of Stormwind, winding along between the city’s taverns and merchant houses. It’s a hugely impressive level of detail, with everything from cobbled streets to creeping vines, from tankards on the tables of quietly-lit inns to Alliance banners hanging from windows and ramparts.

You can watch Daniel L’s video below: 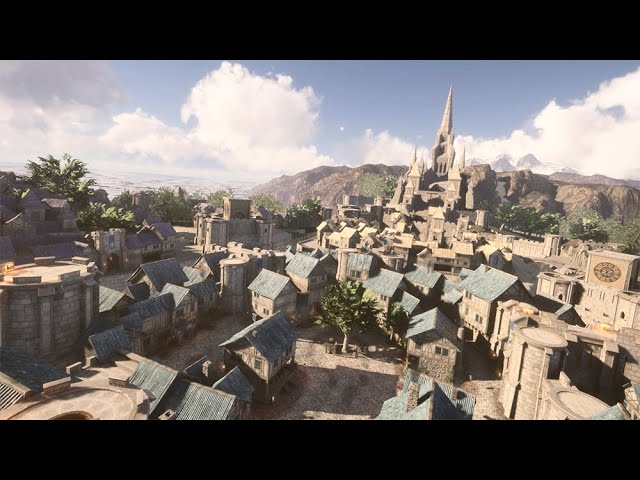 If you enjoy their work, then you’ll be glad to know that Stormwind is only the latest in a string of WoW-themed recreations. Durotar, Duskwood, Westfall, Elwynn Forest, and the Grizzly Hills have all undergone similar transformations in the past.

Sadly, Blizzard has never suggested it’s planning a future for Azeroth beyond World of Warcraft, but at least now we know how good it might look if the developer ever changes tack.