World of Warplane’s new Conquest mode is an attempt to fix all of the problems that the game previously suffered from. Wargaming have acknowledged some of the issues that the game has struggled with since its release, and hope that the new updates, which arrive October 11, will help to fix them.

Check out our list of the best War Games on PC.

According to Wargaming themselves, World of Warplanes has been lacking strategic depth. Minimal mission variety, the power of head-on collisions, and the propensity for players to simply end up chasing each other’s tails in an attempt to score kills, mean that over time the game has started to suffer.

The new Conquest mode is an attempt to combat several of those issues. The mode requires players to capture territories by flying over them, destroying both ground and air targets. Different territories offer different benefits – for example, a factory is a larger sector, while and airfield allows you to repair and change your spawn point. A military base will even launch rocket strikes against nearby enemy sectors.

The new tactical elements brought in by Conquest mean that the game has plenty of other changes coming in too. There’ll now be a new aircraft class in the form of bombers, and you’ll have manual control of your rear gunner. The hope is that the tactical interaction and respawns will not only stop games from devolving into scrambles for more kills, but also make it more beginner-friendly. 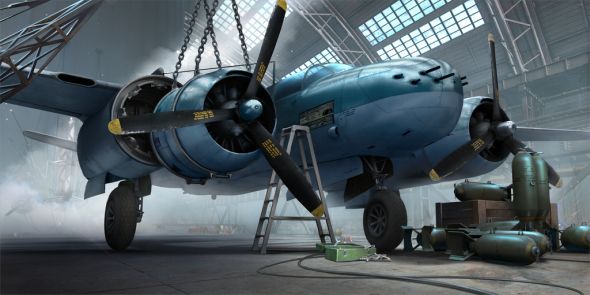 As well as the new mode, the update adds new particle effects, better damage mechanics, a spectator mode, and many more changes yet to be announced. World of Warplanes 2.0 update releases tomorrow.