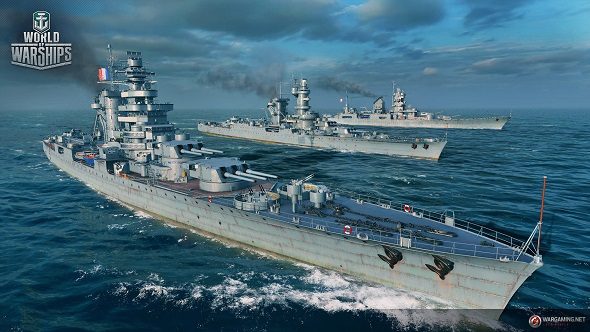 French cruisers have, erm, cruised onto World of Warships today, adding both more warships and more world to a game that likes both of those things. Ahem. It’s not just a couple of murderboats, either – there are ten French warships in total, in fact. A boatload.

If armed conflict is your bag, check out our list of the best war games.

“You can swiftly change your position, shine in short-range torpedo exchanges, and turn the table on destroyers. With French cruisers, you’re the hunter.”

These ships boast powerful artillery, unrivalled maneuverability, and tactical versatility. They’re speedy all-rounders that are most deadly at range. That speed is only bolstered by a new engine boost consumable, for when you really need to get ahead.

They’re not just fast either. Their anti-torpedo bulkheads can take a pounding, and when they are forced to go in close, they can respond with their own volley of torps.

The French branch opens with the Bougainville, a sub-type cruiser previously unseen in World of Warships. You can check the rest out for yourself in-game now, as the update released today.