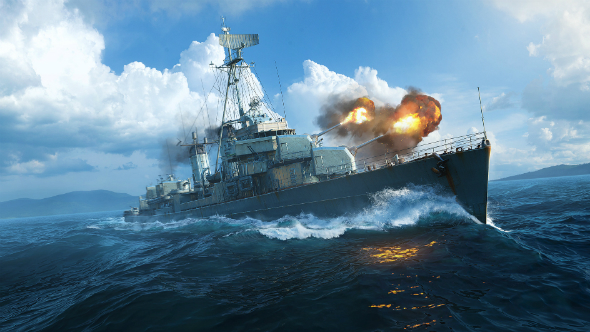 Two years in, Wargaming’s free-to-play naval action MMO is still locked in its own arms race. With six fully-fledged national tech trees already in the game, as well as vessels from Poland, Italy and the Commonwealth, the tactical vehicle shooter is poised to add nine new destroyers from Pan-Asian territories. New destroyers means new strategies, stories, and setups to discover – here are five reasons to try out the new Pan-Asia destroyers in World of Warships.

Not got your sea legs yet? Play World of Warships for free right now. 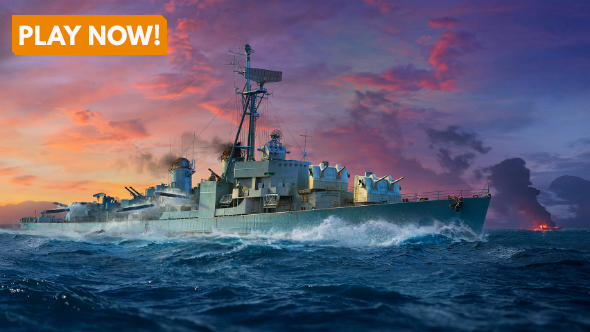 For many World of Warships players, nothing beats a perfectly timed torpedo launch. They are the ultimate weapon for taking down the enemy’s biggest ships with each projectile capable of causing huge amounts of flooding damage, but only the best captains can deploy them effectively. The new Pan-Asia destroyers boast a devious variant called deepwater torpedoes, which travel – wait for it – deep under water in order to better target the battleships, cruisers, and aircraft carriers at the back of the map.

You see, deepwater torpedoes are designed to narrowly miss the shallow keels of destroyers so that their specially designed payloads reach the enemy’s capital ships – they deal much more damage against bigger ships than standard torpedoes. As an added benefit of them travelling far below the waterline, deepwater torpedoes also have increased range and shorter detection range than their standard counterparts – by the time your target spots the threat it will be too late for them to avoid it. 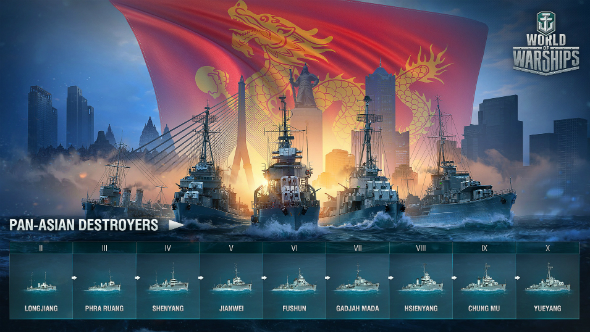 Everyone likes to use the most famous World War II vehicles from their country, so the addition of a tech tree with ships from five different nations – Taiwan, Thailand, Indonesia, China, and South Korea – will please a lot of fans. That multinational heritage also means the Pan-Asia tech tree is the most original new line of ships in terms of playing styles.

American destroyers are best known for their ability to harass the enemy and Russian destroyers are easily the fastest in the game, but what trait does the Pan-Asia branch bring to World of Warships? As most of the nations that form this tech tree bought their ships from other countries, each Pan-Asia destroyer takes on after the national fleet that it was originally from. So, if you want a tech tree that caters to a broad range of playing styles then these destroyers are for you.

A fresh slice of naval history 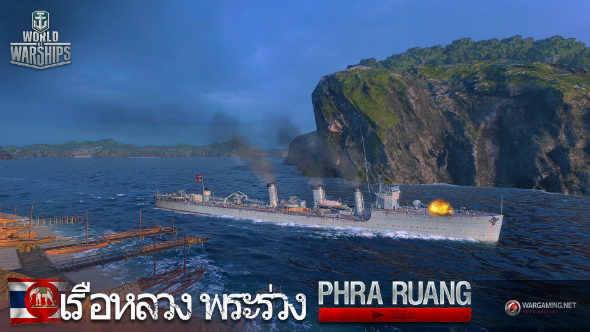 History buffs will get their hands on some of the lesser known destroyers in the history of naval combat. Owing to the curious means by which many Asian nations acquired their naval fleets, each Pan-Asia destroyer has its own story to tell. The Phra Ruang for example, was formerly the HMS Radiant. Built in 1916, her sale to Thailand in 1920 was personally negotiated in England by Royal Prince Admiral Abhakara Kiartivongse who then commanded the torpedo ship back to Thailand where it served for another 37 years. 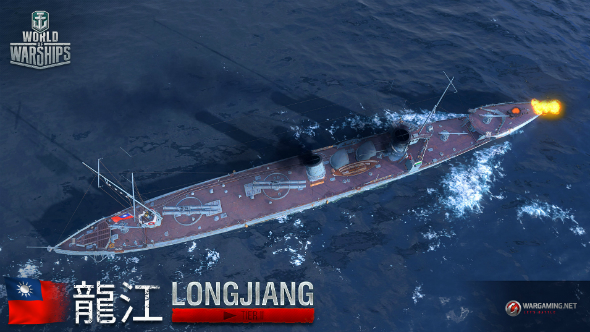 One of the most exciting things about a new tech tree is seeing concept ships brought to life, working to acquire them, and then taking them out for a spin. The Pan-Asia branch of destroyers boast two ships that were never actually built: the second tier Longjiang and fifth tier Jianwei.

The Longjiang is an ideal starting point, particularly if you have spent some time sailing and doing battle with the V-25 destroyer from the German tech tree. Like the V-25, Longjiang is effectively an ocean-going torpedo boat, effective at sneaking up on isolated enemy ships and unleashing its payload of torpedoes. Where it differs from the V-25 is in its lack of front-facing torpedoes, which can make delivering its payload a little trickier, although its deepwater torpedoes ensure more damage if you can hit your target.

The Jianwei provides the fifth tier of destroyers its first jack-of-all-trades option, for players who prefer to be flexible on the battlefield. Developed in Britain, the design of this destroyer was given to the Government of the Republic of China in 1929, but the project went no further. Expect its powerful main battery and huge health pool to put you at the heart of the battle while your team work to secure objectives and finish off your opponents.

If you prefer to take a stealthy approach – hunting down your enemy, striking, and returning to the shadows – then the Pan-Asia fleet of destroyers will serve you well. That is because they boast powerful smoke generator consumables capable of covering huge areas of the map with a dense smokescreen for the majority of a match. Combine this with your deepwater torpedoes for stealthy strikes or use the cover to advance on a capture point.

Later into the Pan-Asia tech tree you are able to replace your smoke generators with a surveillance radar that reveals all targets within the radar’s range. This is ill-advised when playing alone, but when fighting with a friend or squad this radar can be combined with the smoke generators of your teammates to devastating effect.