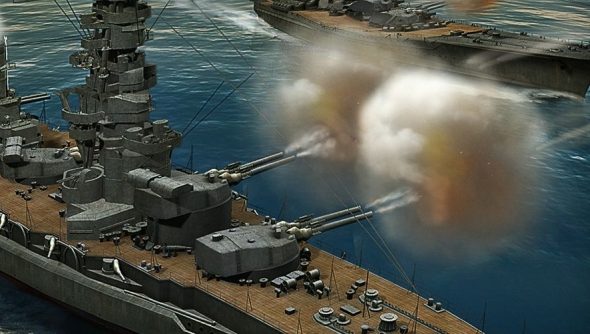 Free-to-play shell ‘em up World of Tanks could potentially make tracks onto consoles, according to an interview on Polygon. Speaking to the site, wargaming.net’s vice president of global operations Andrei Yarantsau also commented on the sleeper enormo-franchise’s expansion plans for other military vehicles.

Yarantsau wants to perfect the game before placing it on those little plastic boxes, though. “Console development is not on our immediate horizon,” he said “We first want to improve the current gameplay before seriously thinking about bringing the title to a console.”

World of Tanks glacial combat and in-depth customisation could potentially work on consoles, and it’s one of the few online shooters that could support cross-platform gaming. But it’s also going to be a big job – the game’s BigWorld engine has never been ported to consoles before, and there are lots of netcode and balancing issues to contend with.
World of Tanks follow-up World of Warplanes in currently in global alpha testing, and World of Battleships is in development. Battlefield-style cross-vehicular play is a natural feature gamers would like to see, but Yarantsau said that the games’ various specialisations will prevent tanks taking on warplanes.
“In terms of gameplay, air combat will be highly dynamic, naval battles will provide for a slower and more thoughtful game and tank battles present a middle ground between the two”, Yarantsau said. “Besides, the three types of warfare have totally different levels of vulnerability.”
Yarantsau also said that the World of franchise will stick to its roots in mid-20th century combat rather than including modern warfare, too. “We don’t want to include winged robots filled with complex electronics”, he said. “We want basic, analogue machines where the competence of the crew is most important. Simple and fun.”