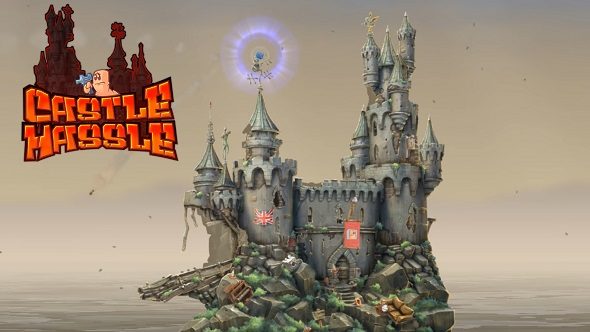 They say “an Englishman’s home is his castle”. I wonder if that’s the same for worms. Coming in a free update for Worms WMD, Team17 has brought the fan favourite Forts mode back, complete with a new weapon and additional customisation rewards for your invertebrate army.

Looking for the next thing to play with your mates? Check out this list of great PC multiplayer games.

First popularised as a fan mod for Worms Armageddon, the Forts modes has two teams of worms trying to defend their base while attempting to eliminate their enemy. Success in this mode requires balancing repairing your own fort, with setting up various traps and dispatching invaders before they can set up a deadly Ming vase attack. Flying a Super Sheep right into the heart of your opponent’s fort or carefully digging underneath a series of traps to kill an enemy sniper is some of the most fun you’ll can have in this mode.

Six Forts have been added in this free update. They are:

Players can pick a distinct tactical upgrade like the Sentry Turret or Craft Crate to help defend their base. Each fort has its own unique layout so beware of fort-specific strategies. Along with these forts and new customisation items, this free update also adds a brand new item to Worms WMD’s arsenal.

Designed by Survii Gecko of the Worms WMD community, the new Magnetised Drone weapon should help you breach an enemy base, as it can pick up and drop nearby metallic objects. Try gathering up all your opponent’s mines and then detonating them all at once to take out a pesky invader.

For the entire list of additions and bug fixes from this free update, check out this post over on the Worms WMD Steam page.