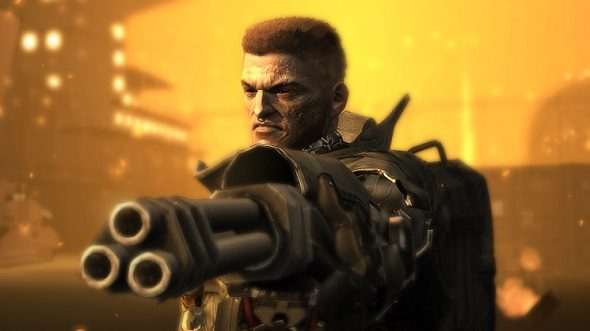 Boss fights. Exhilarating tests of skill, the coming together of lessons learned across however many hours of play leading up to this moment – this showdown, this explosive encounter. It might take place at the close of a level, or even halfway through; it might occur somewhere else, in an entirely non-linear format; or at the very end of it all, the final obstacle between you and the credits. But wherever bosses fall – and they almost all do, eventually – when they go bad, oh boy, it doesn’t half feel like your toast landing butter-side down, on a floor carpeted in nail clippings and freshly picked scabs. And just as nobody likes floor toast, there are few things more disappointing than bad boss battles.

Fancy something a little better designed? Here’s a list of some of the hardest boss fights we’ve ever tackled.

I’ve played a lot of games. Since you’re here, chances are you have, too. And I’ve faced some truly terrible boss battles. Not in the sense that, whoa, this thing here, what a monster, what a challenge, what a thrill. Nah. Entirely in the sense that, erm, this sucks terribly. What follows is hardly a comprehensive list of all the badly designed boss battles there are, merely the tip of an insulting iceberg. 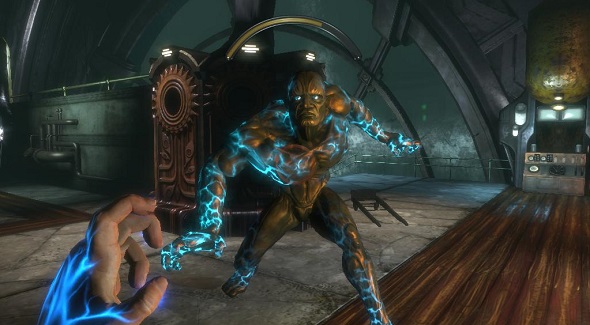 Yes, I know 2K’s almost ten-year-old shooter has been analysed to within a pixel of its relevance, but to restate the reason why one more time: if you haven’t visited Rapture – BioShock’s striking undersea setting – before now, you should make some time to do so. Dystopian tragedy underpinned by binary morality has rarely been so enjoyable, or felt so deep (in every sense).

But, at the very end, BioShock upsets its own metaphorical apple cart. Then it torches the thing for good measure. It does this by utterly undoing so much of the excellent tension building and exquisite atmosphere that came before its final encounter. Sure, you’ve unloaded all manner of firearms into the faces of Rapture’s genetically-wobbly splicers – residents gone awry under the influence of the human DNA-fiddling ADAM – but, for the most part, BioShock allows room for a more versatile shooter experience than most. You can alternate between cat-and-mouse stealthiness and full-frontal assaults when enough health packs are to hand.

BioShock mostly never goes Full Dumb Shooter, not even during repeat run-ins with Rapture’s clanging and clunking Big Daddies. But the game gives in to tradition at the end, forcing you to face-off against its primary antagonist, Frank Fontaine. What was once a man has become a beast, a grotesque vision of a god-like figure, out of his mind on ADAM. The juice has morphed him into a monstrosity, all grey skin, rippling muscle, and grandiose rhetoric. Up until this point you used the environment and traps to your advantage, overpowering stronger foes through smart planning and desperate improvisation. But this boss fight unfolds in an open arena, with nowhere to hide. It’s an elementary trial of strength, and ironically a terrifically weak way to end a game that really tries to be more than iron sights pointing at irrelevant cannon fodder.

While protagonist Jack must drain the ADAM from Fontaine four times during this closing boss fight to ultimately get the better of him, this mercifully brief encounter is primarily a case of keeping alive under heavy fire. In return, you must dish out enough pain of your own to send the hulking horror back to his injection station, where you can extract another portion of his power. It’s just so bad;so simple, so straightforward, and so boring. And you don’t even beat the brute, ultimately – the action cuts to a cinematic that sees off your adversary courtesy of a gaggle of syringe-stabbing Little Sisters. 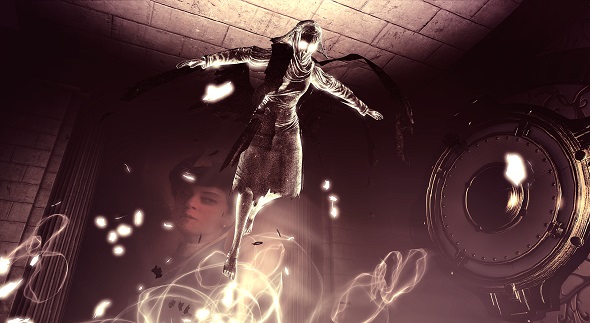 It would be reasonable to hope that BioShock’s sequels would find a way around such a prosaic approach to concluding conflict. The ‘pummel until toast’ approach just isn’t a good fit. But lo, here’s BioShock Infinite – new setting, new hero, new magical powers (goodbye Plasmids, hello Vigors), lumbered with another atrocious boss battle. This one, at least, doesn’t represent the final action of the entire game. Small mercies in the realm of bad boss battles.

Lady Comstock – a pissed-off siren with designs on turning protagonist Booker DeWitt and his companion, Elizabeth, inside-out – is another base bullet sponge. This one, however, has the annoying habit of raising the dead to assist her; another open arena with limited cover, only now the enemy can take the high ground surrounding the scene and peppering our protagonist with all manner of health-stripping attacks. With the right equipment, she can be a breeze – but if you show up at the Emporia cemetery without a souped-up arsenal, prepare to suffer an uphill slog.

The problem: this isn’t a difficultfight, in principle, it’s just terribly designed. As with Frank in the first BioShock, any previously-learned tactics are tossed aside in favour of a near-permanently depressed trigger finger. 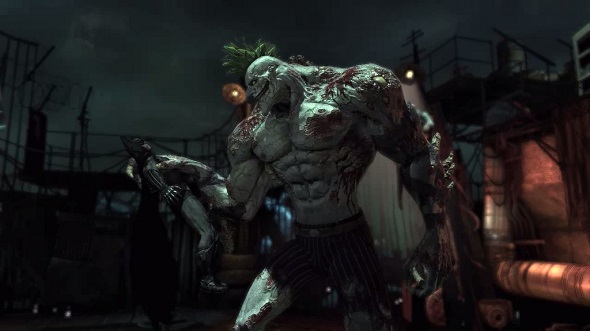 I’m not here to exclusively shit on the BioShock series. The Arkham games, the most celebrated of Batman’s videogame appearances, are equally worthy of ire when it comes to dropping distracting, despairingly awful boss battles into our path.

Arkham Asylum concludes with Bats engaged in against-the-odds fisticuffs with the Joker – our hero’s nemesis hopped up on another physically-altering chemical compound: Titan. The most famous comic villain of all’s frame is gruesomely contorted into an almost hilarious – if it wasn’t so depressing – hulk, tight purple pants preserving his modesty, and hair somehow restyled into a brilliant green mohawk (because that’s how this compound works, apparently).

This is not the Joker we know and love, the persistent but charismatic thorn in Batman’s side. Instead we’re presented with an errant substitute for a more thoughtful, more fiction-appropriate finale. After so much fantastic moodiness, the game’s final flourish is tonally removed from the hours preceding it – a boss battle that leaves a stinging sourness on the tongue as the credits roll. 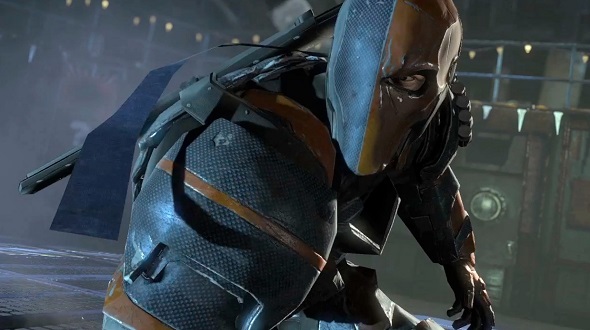 But hey, could be worse, right? It couldbe Deathstroke from 2013’s Origins. The very model of a boss fight war of attrition, Bats slowly – oh so slowly – grinds his opponent down through a series of blocks and counters, slipping the odd knee in here and there to nudge the enemy’s health bar down a notch. It’s like chipping away at granite with a plastic spoon.

It’d be fun, maybe, if it lasted for just a couple of minutes, but Deathstroke really doesn’t get the message. However many times you avoid his blows, he remains blissfully unaware that he’s destined to be on the losing side here. Just not as immediately as most players would prefer. If there were an entry for Grossest Use of Repetition in the annual Gamer’s Edition of the Guinness World Records, this patience-sapping boss battle would be a shoe-in. 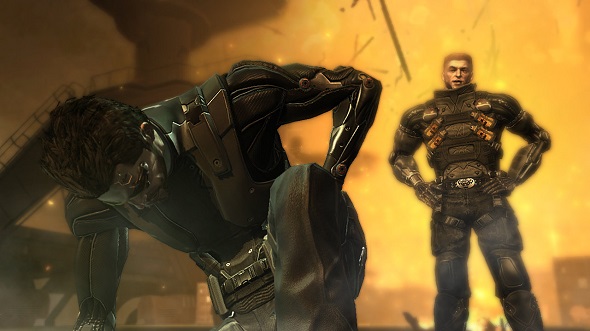 Deus Ex: Human Revolution invites you to take a stealth approach from the very beginning. And it’s great: the whole non-lethal take, sneaking about the environment, hacking doors and taking down enemies when they’re not looking.

Then you get locked in a room with the minigun-wielding Lawrence ’The Bull’ Barrett. This is a man who has a gun for an arm. He is a weapon, even when he doesn’t have one to, er, hand. And if you’ve been taking the silent-but-deadly route up until this point and have aspirations of defeating the first main boss fight of the game, good luck to you. Taking Barrett out without a rifle in your pocket is tougher than Iggy Pop’s skin. And the confined space makes it woefully easy for him to embed shots in your not-quite-so-thick hide.

Eidos Montreal deserve credit, however, for addressing this debacle in the 2013’s Director’s Cut edition of the game. They made the encounter a lot less painful, adding options and extending the space you have to face Barrett in. Not that it placated those who played the original release one way before restarting to take a rather more lethal load-out into the field with them. Like I did. 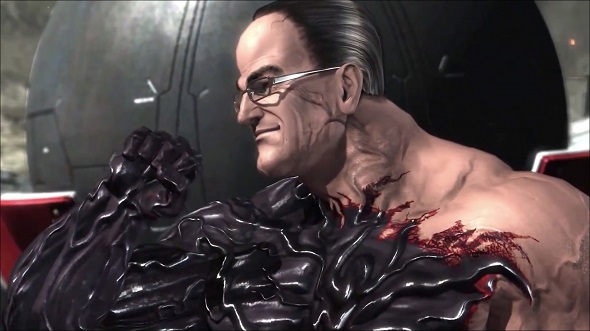 This boss battle begins sobrilliantly. Which makes it all the more tragic when it rapidly descends into abject misery. “You’re not greedy… you’re bat-shit insane!” protagonist Raiden declares before taking on Senator Armstrong. The right-wing-rhetoric spouting official would be right at home in today’s reality-averse White House – hearing his dialogue again today reveals Platinum Games were eerily prescient, in fact.

Super-enhanced cyborg ninja badass Raiden versus an admittedly broad-shouldered, but basically-just-a-dude politician – a cakewalk, right? Yeah, well, nanomachines. They get everywhere. And here, the loafer-sporting Armstrong is fully loaded with the little blighters, making him as good as invincible. And so we descend into yet another encounter in which we must… slowly… wear… the enemy… down. At least the ordeal is set to some histrionic metal. 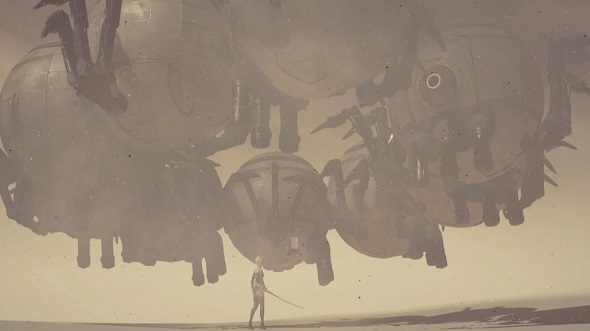 As much as I adore the action of Platinum’s best titles, it has to be said that another of their finest productions – this year’s predominantly superlative Nier: Automata – has (at least) a couple of properly crappy boss battles. Beauvoir, the biggest enemy in the abandoned amusement park, resides in a theatre, and the scene’s cramped camera really struggles to relay all of the information you need to escape without taking damage. Very much a case of cool enemy, cruddy environment.

But then, out in the desert, there’s Hegel, who is quite literally a load of old balls. Whereas Beauvoir lacked enough punch to truly put starring pair 2B and 9S in significant danger, Hegel is a considerably more powerful foe. As a result, keeping A2 clear of what feels like a thousand simultaneously flung projectiles, coming in from all sides, is more chore than thrill because it’s just so hard. Which is to say: it is impossibleto track everything that’s incoming. You’d better have some health-replenishing supplies, because A2 is about to take a battering, however skilled you thought you were with this nimble android and her YoRHa colleagues. 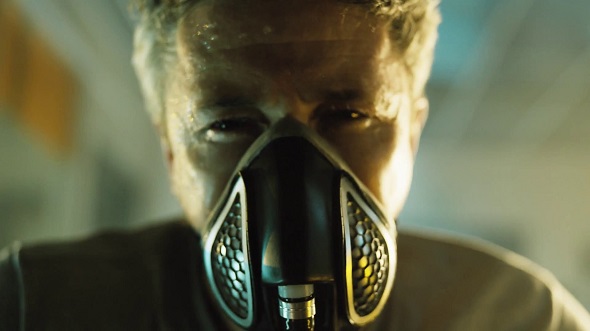 The parade of Bosses Battles That Suck will always have space for Sci-Fi Littlefinger – aka Aiden Gillen’s Paul Serene – in Quantum Break. Granted, you may not feel that Remedy’s time-bending action adventure was particularly brilliant (hey, I liked it), but it deserved better than to end on a fight that does practically nothing to illustrate how to defeat this bastard.

Serene charges up and unleashes an instant-kill energy attack, and later a bomb-type blast. Avoiding these can be tricky while dealing with the numerous other enemies he sends after you in the same small space. Controllers have been launched over less, let me tell you. 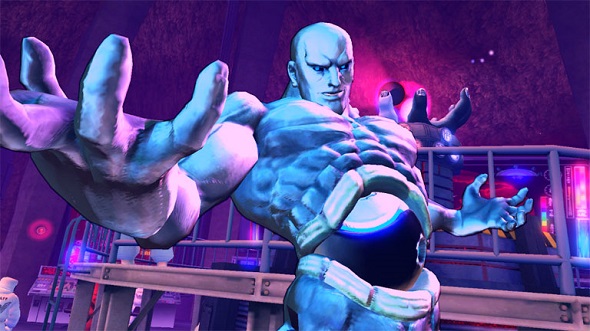 Serene’s cheapness is nothing compared to Street Fighter IV’s Seth. Here’s a final-stage opponent whose second-round surge of strength will leave many casual players’ teeth scattered all over his laboratory stage’s floor. Some cheap moves, devastating combos, and a propensity to spam the player in a way that feels plain unfair, sap any potential joy from the encounter. I mean, what isthis guy, anyway? A robot? An android? Why does he have that spinning ball in his guts? What the hell is this nonsense, Capcom?

Go on, then: what absolute nightmare bosses have you had the questionable pleasure to endure? The janky ones, the ones that mess you up whatever your experience, the ones that come so close to ruining the game completely. Let us know in the comments below.

This feature was originally published on August 8, 2017. Read more about BioShock.