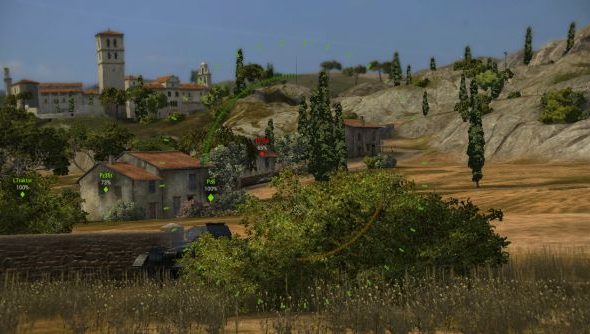 So, you want to be a tank commander in World of Tanks, do you? Do you know what it involves? Do you have any idea what you’ll be letting yourself in for? Do you have a fundamental understanding of tanks, and the world that surrounds them? No? Well read on. Good boy. Or girl.

Now is the ideal time to clamber into World of Tanks. It’s been around just long enough to have servers populated with new players, and its matchmaking system means that you won’t be immediately crushed by higher-level tanks. At the same time, it’s on the cusp of becoming absolutely mega in Europe and the US, so you should be able to sneak in just before literally everyone with an internet connection starts to play it. 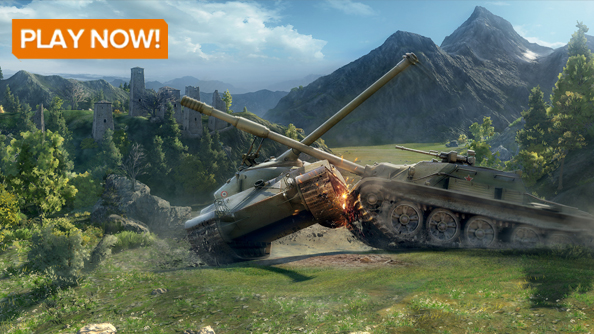 PLAY WORLD OF TANKS FOR FREE

A couple of things to note, though. World of Tanks first boots up in a tiny windowed mode, and you really don’t want that. Go to the Menu, then Settings, then Display. Up the resolution to the maximum your monitor can handle, and make sure you’ve got it in fullscreen.

You can also ignore most of the options for the pretties apart from Draw Distance, which will render the entire map when set to “High”. This will be important later on. The high draw distance has a knock-on effect on other graphical settings, so turn off other effects if it’s impacting the way the game runs.

Next, return to the game. You’ll begin in the garage with your very first tank, the Leichttraktor. It’s absolutely rubbish, and colloquially known as the LOLtraktor. You can’t do much about it being rubbish, but you can spin the camera around and zoom in and out of it by dragging and scrolling your mouse. Once you’ve come to terms with the fact that the LOLtraktor is rubbish, begin a game by clicking Battle at the top centre of the screen.

You’ll be thrust into a random map with random allies and random opponents. Controls are the standard WASD for movement and the mouse for looking. R and F enable forward and reverse cruise control, and tapping each one twice sets it to maximum speed. Space stops you completely, and Shift toggles a down-the-barrel sniper view.

So far, so FPS. There are a couple of things to bear in mind. While you can free-look around your tank as much as you like, it takes time for the turret to catch up with wherever you’re looking – this is indicated by the dashed circle that slowly hones in on your reticle when you stop. Fire during this time and the shell will end up going in completely the wrong direction. 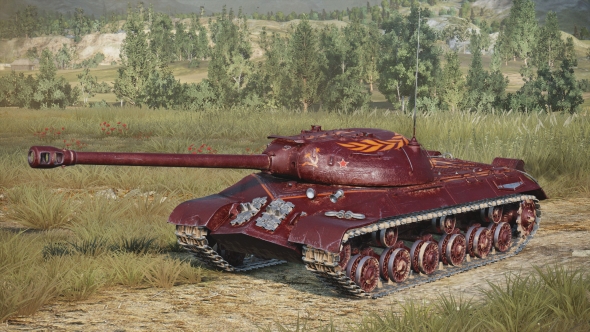 World of Tanks also employs a semi-realistic ballistic trajectory system, so you’ve got to remember the lead time between firing your weapon and it hitting your target. It soon becomes second nature, but until then you can right-click to set auto-aim on a particular target. Your gun will stay locked on until you right-click again, but remember that it’s only locking onto that particular part of the map, not the tank that left that area five minutes ago.

It’s a good idea to hang back and get a sense of what everyone else is doing on your first few games, too. Pay close attention to the minimap in the lower right hand corner – you’ll need to stick to the roads if you want to access higher or lower elevations, and spotted enemy tanks will be highlighted with red dots.
Once you’ve got the lay of the land and let everyone else take the flak, start moving around. Teamwork is important, so try and stay close to your allies. At the same time, as you’re in the lightweight LoLtraktor, you can move quickly and spot enemy tanks for bigger friends to take out. Don’t try and engage the enemy unless you’ve got a nice clean shot, and most importantly, just keep on moving.

You will inevitably die. In-game. The game will carry on regardless of your passing – you can either spectate the rest of the match, or press Escape and return to your garage. You’ll notice your garage is now empty, thanks to the tank smouldering on the battlefield. However, you have three more tanks in the slots at the bottom, and you can select one of these and start a brand new battle.
From here it’s a question of rinsing and repeating, until you find a play style that you like. If you’re into scouting around the battlefield, choose fast light tanks and upgrade the suspension and engine. For more bombastic combat, choose heavier tanks and add guns and armour. What’s great about World of Tanks is that it’s incredibly customisable, so you’ll be sure to find a tank that suits you.