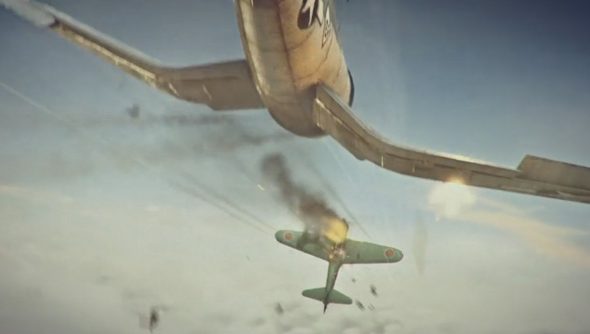 In 1945, US soldiers boxed up a squadron of Spitfires and buried them in Burma. The planes were tarred and waxed against decay and placed into crates in pieces, to prevent discovery by the enemy. Two weeks later, however, the bomb dropped on Hiroshima and the planes were forgotten.

The same soldiers recounted the job as the “silliest” they’d ever had to Jim Pearce, an aviation archaeologist, who told friend and Scunthorpe farmer David Cundall. Cundall has since spent 15 years on the hunt for the planes, and they’re finally due to be dug up thanks to funding from our favourite tank-nuts and history enthusiasts, Wargaming.net.

Wargaming.net CEO Victor Kislyi told The Telegraph why they were funding the dig: “For our most loyal players, who are so evangelical about the game and who spread the word, historical accuracy is all-important. This way, the guys can see that we don’t just talk about historical accuracy, we act on it.”

The first stage of the dig will see powerful electric shocks used to scan the earth below the suspected burial site. It will cost the developers $250,000 – and the total will rise to $1million should the scans come back with anything.

Regular monsoons mean that Cundall and Wargaming.net will have precious little time to conduct the dig, and there’s no telling how much of the planes will be salvageable. Kislyi acknowledges that the operation is a “gamble”, but one he was incapable of resisting:

“When the shovel hits that wooden box, when you go to open in it, in a land of jungles and temples, and you wonder ‘What’s in there?’ – it’s an Indiana Jones adventure.

“It’s about legends, rumours, fragments of recollections. It tickled our nerves a little bit.”

Watch Kislyi as hetries to explain World of Tanks to British telly mainstay ITV.Did you know that Wargaming.net employ 12 historians full-time for precisely this sort of thing?

Big thanks to PCG for digging up the story.