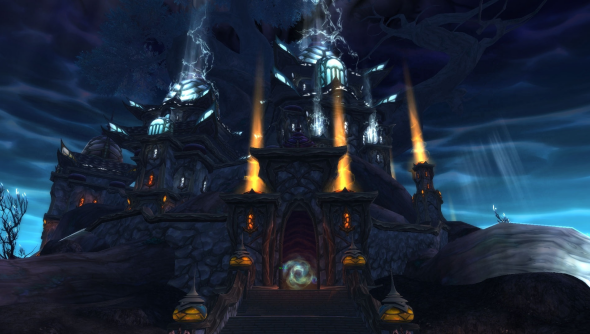 Heart of Fear is a new raid level that’s currently playable on Normal difficulty level, with Raid Finder and Heroic difficulties to follow. According to Blizzard, “Raid Finder will unlock bosses in Heart of Fear over time, and all Heart of Fear bosses will be unlocked and available November 14th. To access the new Raid Finder dungeons, you will need a minimum item level requirement of 470.”

Blizzard have staggered the release for Heart of Fear and Terrace of Endless Spring over the next three weeks, according to this schedule:

Heart of Fear sends you up against opponents such as Imperial Vizier Zor’lok and Grand Empress Shek’zeer, both of whom have a weak point at their apostrophe.