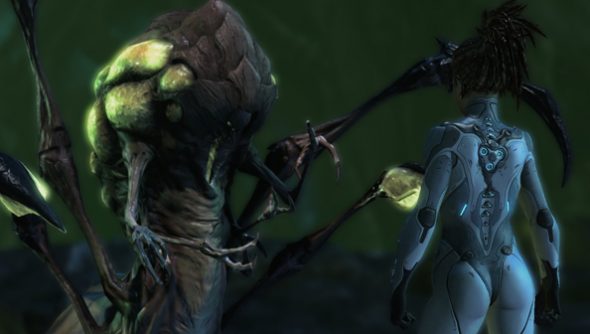 A recent update to the World of Warcraft beta servers has revealed a slew of new items and alterations, but hidden away amongst the new achievements is the reward for owners of the Starcraft 2: Heart of the Swarm Collector’s Edition: a pet Baneling.

A cross between a Geiger sketch and a pinata, the baneling is more or less a crawling, acid-filled, scaly water balloon. Liked by neither the crew of the Nostromo nor clowns at children’s parties, the data-miners at MMO-Champion discoveredthe baneling is awarded to anyone who picks up a copy of the long titled demi-sequel to Starcraft 2 who also has an account in Blizzard’s hugely popular (though diminishing in subscribers) MMO.

The release of the Mists of Pandaria next month will bring with the pet battle system, so these Zergling spawn won’t just be for show. Though, when even their owner would be wise to cower behind a rock whilst a baneling’s on the scene, their use in a fight is yet to be known.