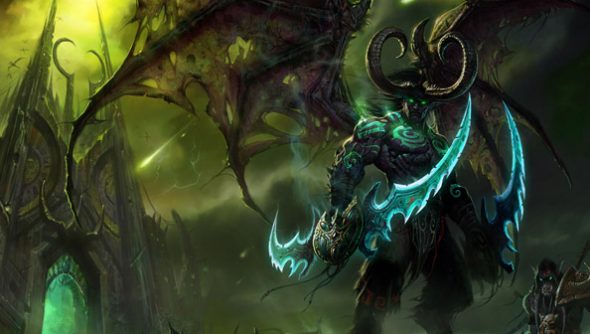 “Go on without me,” said Sam Raimi to the men and women working on the WoW film, or ‘Warcraft’ as it insists everyone call it, like it’s Cher or something. That was nearly a year ago, and the project has since picked up a new writer in Blood Diamond scribe Charles Leavitt and a new director in Moon man Duncan Jones. The production must also have filled all the slots for catering and camera-holding too, because Warcraft is now set to begin shooting in the first three months of next year.

“First quarter 2014 we’re going to shoot that movie,” producer Charles Roven told SlashFilm, probably through one of those vinyl megaphones Hollywood has an abundance of. “We’re moving forward; obviously [studio Legendary Entertainment] is making that film and I’m having a great time with Duncan.”

When Jones climbed aboard the project, Legendary were aiming for a late 2013 shoot and a 2015 release date – the latter of which still seems to stand. The only thing left to wonder is how the director will walk the line between impenetrable fan service and high fantasy summer fun. Either way, it seems destined to begin with a flyover shot of a moudly map, voice-overed by an old man: “Azeroth”.

But it’ll be good, right?